We were already pumped to play Tom Clancy’s Ghost Recon Wildlands — which is the tenth installment in the popular video game franchise — but after checking out 5.11 Tactical’s video series to promote the new open world shooter, well, let’s just say the need to run out and pick up a copy just got a little more urgent.

“Elite tactical teams around the world rely on 5.11’s purpose-built gear to complete their most demanding missions,” said Willem Driessen, 5.11’s vice president, global marketing. “In our video series, players will see how the best gear and the right tactics prepare real-world operators for successful missions. They can then apply what they learn to defeat the Santa Blanca Cartel in Tom Clancy’s Ghost Recon Wildlands.”

Here’s a rundown of the game and its features, via the press release.

Set a few years in the future, Tom Clancy’s Ghost Recon Wildlands allows players to lead a team of Ghosts, a four-player U.S. Elite Special Operations unit, on a covert mission to eliminate the Santa Blanca drug cartel, an underworld power and growing global threat within Ubisoft’s imagining of an incredibly beautiful, yet dangerous Bolivia.

Tom Clancy’s Ghost Recon Wildlands takes place in the largest and most diverse action-adventure open world Ubisoft has created to date. With hundreds of villages and well-known landmarks, local legends and various factions and regions, players venture into a vast world with which to interact and explore.

The Ghosts’ upgradable skills, along with a vast arsenal of weapons, vehicles and drones at their disposal, help them take down the enemy. Players can outfit characters in their favorite 5.11 gear and apparel including the TacTec Plate Carrier, RUSH backpacks and Apex pants. Players also have a wide variety of vehicles and state-of-the-art weapons technology to select from, along with total freedom to choose how they accomplish their missions. They can then watch as the world reacts to their actions.

Count us in. Check out the video playlist above to see all four parts (five, including the introduction) of the 5.11 series. Tom Clancy’s Ghost Recon Wildlands is out now on all major consoles and PC. 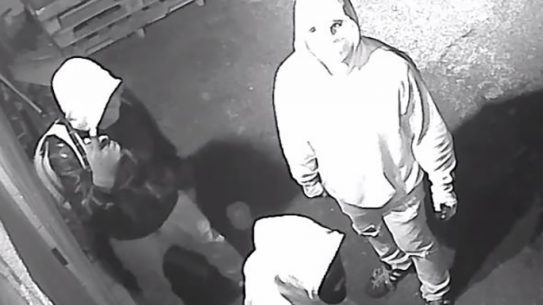 The ATF is looking for a group of suspects responsible for a gun store...