Benelli USA is very pleased that Tom Knapp’s health has improved enough for him to resume his exhibition shooting on a limited basis. Benelli USA has multiple agreements with Tom Knapp and the only one affected by his health condition was his exhibition show contract. As per Tom’s request his live show schedule for 2010 was cancelled indefinitely until his health allowed him to resume.

In January 2010, Tom informed Benelli USA that he had been diagnosed with pulmonary fibrosis, a lung disease that would require a lung transplant. It appeared, at the time, it might take two to three years for Tom to receive a lung transplant. Tom also informed Benelli USA that his condition required that he be on oxygen 24/7, causing the cancellation of his 2010 exhibition schedule and preventing him from attending the 2010 SHOT Show in Las Vegas.

Tom continues to be contracted by Benelli for his participation in the TV show, Benelli’s American Birdhunter. Tom told Benelli USA that he would be unable to participate in the hunts, but he could continue as the on-camera host while Benelli exhibition shooter, Tim Bradley could step in as co-host.

As clearly stated in a letter sent to Tom Knapp in January, “In reference to additional and future business relations and projects, Benelli USA looks forward to continuing a professional relationship with you (Tom Knapp), whenever and wherever opportunities may arise.”

“We at Benelli have been very concerned with Tom’s health and were in regular contact with him to monitor his progress. It would seem that there has been a considerable misunderstanding that we intend to resolve. It has never been the intention of Benelli USA to sever ties with Tom Knapp,” said Stephen McKelvain, Vice President of Marketing and Communications. “To the contrary, it was our intention to give Tom the time he needed to recuperate fully from his illness in order that he can continue building his legacy as the World’s greatest exhibition shooter of our time.” 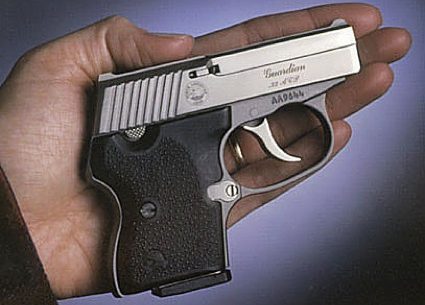