The U.S. Practical Shooting Association (USPSA) announced that Pilgrim Films and Television, the production company behind the History Channel’s hit shooting show TOP SHOT, has moved their casting and production dates for season two in order to avoid conflict with USPSA’s major matches, the 2010 MultiGun Nationals and the 2010 Handgun Nationals.

In season one of TOP SHOT, currently airing Sunday nights on the History Channel, USPSA members account for seven of the 16 contestants, with three still in contention for the grand prize of $100,000.

In addition to USPSA members Mike Seeklander and Caleb Giddings, who have already left the show, and Blake Miguez, J.J. Racaza, Iain Harrison, Adam Benson and Brad Engmann who are still competing, USPSA members Ben Stoeger and Matt Burkett have made appearances on the show as experts brought in to assist competitors with their shooting challenges.

“With such a strong presence on the show, USPSA members are very excited about the opportunity to try out for season two of TOP SHOT. That’s why we are so appreciative of Pilgrim’s efforts to adjust their schedules to accommodate our two largest championships,” said Dave Thomas, executive director of USPSA.

In the debut of the History Channel’s first competition show, TOP SHOT drew 2.1 million total viewers, 1.3 million adults 25-54 and 1.1 million adults 18-49. It has continued to develop a loyal following among shooting enthusiasts, and particularly USPSA members who know the contestants and have often competed against them.

“TOP SHOT has really put a spotlight on USPSA and the cross-discipline strengths of our shooters. When other contestants speak with deep respect for the shooting abilities of our members, especially Blake and J.J., it helps put into perspective the top level skills found in the sport of practical shooting,” observed Thomas.

“Among our members, there is great interest in trying out for season two. And if the History Channel thought it found casting gold in USPSA, the only thing I have to say is that there’s plenty more where they came from,” added Thomas. 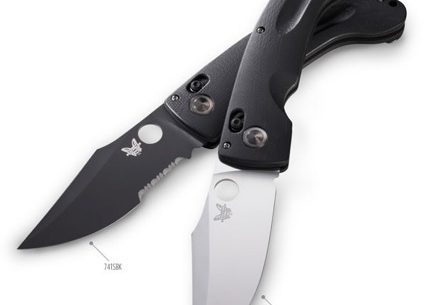