A new kind of war game is growing in popularity across the Valley, but it could put players at risk, according to the Phoenix Police Department.

Teenagers are battling it out in parks and desert wash areas using toy air guns, that look a lot like the real thing.

Leonardo Ruiz has a toy assault rifle that he was forced to drop to the ground when he was confronted by a police officer a few weeks ago.

“There were five cop cars and five more kept showing up,” said Ruiz. “They also had the SWAT and canine unit.”

Phoenix police held a news conference Thursday to show how realistic some of the toy guns and rifles look.

Sgt. Steve Martos said they have received several calls in North Phoenix recently from concerned neighbors who spotted someone with a gun. As a result, police decided to issue a public warning to keep police and war game players safe.

“We want people to have fun. We don’t want to demonize these toy guns,” said Martos. “However, we want to prevent anyone from getting hurt.”

Police are asking toy air gun owners not to remove the bright orange safety device on the tip of guns, which lets police know that it is a toy. Police are also asking game players to post signs whenever there is a war game going on in the area, so that neighbors know the guns are not real. 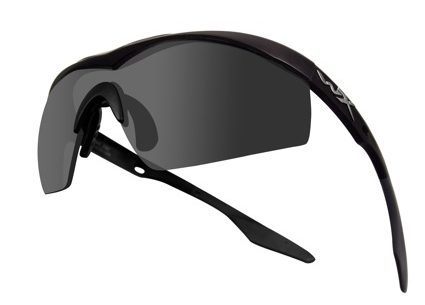 A new kind of war game is growing in popularity across the Valley, but…