* Program could be worth over $1 billion

Former Navy SEAL Chris Berman was galvanized by the grisly images of the U.S. contractors whose corpses were dragged through the streets and hanged from a bridge in Falluja, Iraq, in March 2004.

The four men ambushed in Falluja were colleagues on a security team for Blackwater USA, and one, Scott Helvenston, was a good friend dating back to his days in the Navy.

As he escorted the burned and dismembered bodies of the men back to the United States, Berman became convinced that better protected vehicles could have prevented their deaths. He began building armored vehicles in Kuwait a few months later.

The team hopes to compete for what some Army officials haves aid will be a “billion-dollar plus” program to upgrade about 60,000 Humvees, about one third of the existing Army fleet.

The upgrade kit replaces the existing chassis with a stronger armored one, and adds a V-shaped hull underneath to absorb and deflect the blast of any roadside bomb while protecting the crew inside.

Berman said initial testing of the upgrade kit had gone well, and it would give existing Humvees protection similar to that offered by much bigger Mine Resistant Ambush Protected (MRAP) vehicles, but for far less money than a new vehicle.

“I set out on a personal mission,” Berman told Reuters in an interview this week as he remembered his decision to start building armored vehicles in Kuwait a few months after his friends’ deaths. “I never dreamed it would lead to this.”

Now the company hopes to sell thousands of Humvee upgrade kits to the Army and Marine Corps as budget pressures limit the military’s appetite for new, more expensive weapons.

“For a very affordable cost, the Army can upgrade these existing Humvees and keep them in service longer,” said Mark Savarese, vice president of Textron Systems, noting that upgrading current trucks would allow the Pentagon to put off buying replacement vehicles for some time.

Berman’s design was “simple, but brilliant,” and offered the military an inexpensive way to dramatically upgrade its current Humvees for future conflicts, he said. 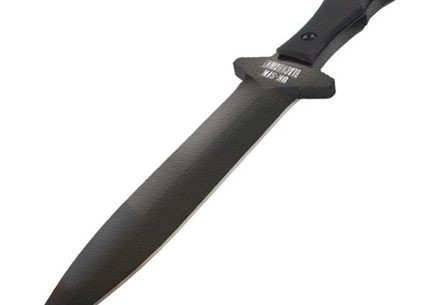 * Army eyes upgrades for 60,000 existing Humvees * Program could be worth over…