“Our warfighters deserve the very best equipment in defense of our nation,” Trijicon President & CEO Stephen Bindon said. “The Marine Corps’ SCO evaluation process was extremely rigorous, and we are honored that the VCOG was selected to continue the tradition of battle-proven riflescopes that the Trijicon ACOG began in 2004 as the Marine Corps’ first Rifle Combat Optic.”

“We introduced the VCOG 1-8×28 to the commercial market in early 2019, but its design was inspired by requests from our warfighters,” said Chuck Wahr, Trijicon’s Global Vice President of Sales & Marketing. “During design, development, and testing, we constantly challenged ourselves to produce a scope that would deliver the performance necessary in the most punishing of conditions.”

While the Marine Corps maintained iron sight use for many years, the War on Terror in the early 2000s saw the advent of the Trijicon ACOG. Then the ACOG 4×32 became the Marine Corps’ Rifle Combat Optic, forever changing how Marines trained and engaged combat threats. Now, after more than 1,000,000 ACOGs manufactured, the variable-power VCOG assumes the mantle as the Marines’ primary optic. For more information, please visit trijicon.com. 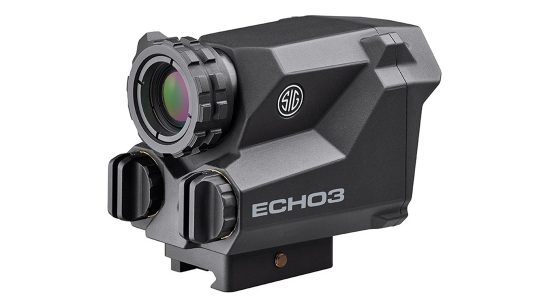 With the ability to capture images and video, in eight different color palettes, the...