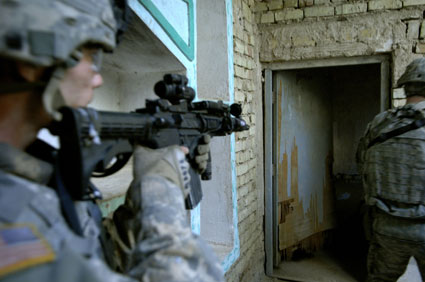 In an operation to disrupt insurgent activity and deny enemy sanctuary, Afghan soldiers with 1st Company, 201st Commando Kandak, and coalition troops cleared the target compound of known Taliban members, military officials said. During the raid, the combined force discovered a lab used for processing heroin and opium, which the Taliban sell to generate finances for their insurgency.

Military officials said the success of this mission confirms the resolve and ability of Afghan national security forces to rid Afghanistan of insurgents.

In a raid on compounds in the province’s Dey Chopan district, the combined force nabbed the suspects for their alleged ties to a Taliban leader responsible for mounting several attacks against coalition forces, military officials said. Troops also discovered an AK-47 assault rifle during the operation. The detainees are being held for questioning.

“Afghan national security forces found six of the detainees, one of whom was identified as a Taliban leader, hiding in a concealed room in a mosque on the compound,” said Army Maj. Chris Belcher, a coalition forces spokesman.

Belcher noted that coalition troops adhered to cultural sensitivities by not entering the mosque.

“Afghan and coalition forces are taking decisive, deliberate measures to inhibit the effectiveness of Taliban leadership networks,” he added. 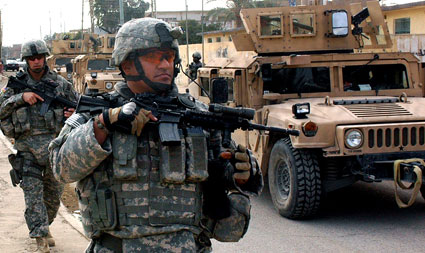