Over the past few weeks, the number of stories in the press regarding the escalating violence in Mexico has dramatically increased.  Now, hardly a day goes by when another story describing the atrocities committed by violent drug cartels cannot be found in an American newspaper or on a cable news channel.
Mexican Border

Gun owners need to pay attention to these stories, because the opponents of our Second Amendment rights are starting to use this situation as a pretext to push their gun ban agenda here in the United States.

New Attorney General Eric Holder is the first Administration official to cite Mexican drug cartel killings as an excuse to reinstate the semi-auto ban.  And now some in Congress have jumped on the bandwagon.

Just this week, two House subcommittees held hearings on the issue.  The Subcommittee on Border, Maritime and Global Counterterrorism of the House Homeland Security Committee had a hearing entitled “Border Violence: An Examination of DHS Strategies and Resources,” while the House subcommittee on National Security and Foreign Affairs held a hearing entitled “Money, Guns, and Drugs: Are U.S. Inputs Fueling Violence on the U.S.-Mexico Border.”  At the latter hearing, leading anti-gun absolutist Tom Diaz (senior policy analyst at the Violence Policy Center) testified, calling for a litany of new gun laws including the reinstatement of the 1994 “assault weapons” and magazine ban.  Andrew Selee, Director of the Woodrow Wilson Center’s Mexico Institute echoed the call for more gun laws.

But don’t count on the gun ban crowd to get that message.  They see an opportunity to use fear created by the violence in Mexico to advance their domestic anti-gun agenda.

The Senate Judiciary Committee’s Crime and Drugs subcommittee and the Senate Caucus on International Narcotics Control have already set a hearing for next Tuesday, March 17.  Senator Diane Feinstein (D-CA) is expected to use that forum to blame American gun owners and American gun laws for the violence in Mexico.  Her solution, once again, will almost certainly be to restrict the rights of law-abiding Americans. We can once again expect Senator “Mr. and Mrs. American, turn them in” to call for a new gun ban.  And on March 25, the Senate Homeland Security and Governmental Affairs Committee will hold a hearing on U.S.—Mexico Border Violence.

Gun owners know that restricting our rights will not stop Mexican drug lords from arming themselves. More U.S. gun laws will not stop these mass murderers who are already armed with military hardware such as grenades, anti-tank missiles, and mortars–weapons that are certainly not generally available to American gun buyers.

Just as they have so many times before, the gun ban crowd is blaming criminal violence—this time in a foreign country—on American gun owners.  If we are to prevail and stop them from dismantling our rights, we have to be vigilant.  NRA will continue to monitor these hearings and report to you on their content.

To read additional testimony and opening remarks from the House subcommittee on National Security and Foreign Affairs hearing, please use the following links:
http://nationalsecurity.oversight.house.gov/story.asp?ID=2343 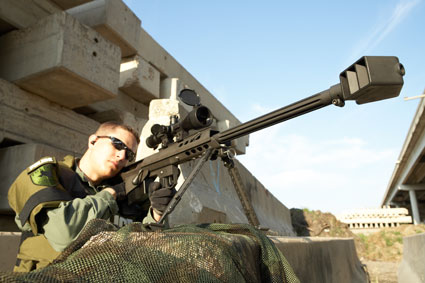 Over the past few weeks, the number of stories in the press regarding the…