Normally when TSA lands in the news, the coverage isn’t exactly positive. This time is different. A TSA agent is being credited with heroically moving a smoking bag away from panicked passengers at a security checkpoint in Orlando International Airport last Friday. Watch the surveillance footage of the incident above.

According to Phil Brown, CEO of the Greater Orlando Aviation Authority, it all began when an unidentified passenger entering the checkpoint had a camera in their carry-on backpack. At some point when the passenger was in line, the lithium ion battery for the camera caught fire and the bag began to smoke. Alarmed, the passenger dropped the bag and everybody in the immediate area began to move away from it.

That’s when TSA agent Ricardo Perez bravely went towards the bag and carried it away, placing it “between a concrete column and a concrete planter to mitigate any harm that might come with a full explosion,” the TSA said.

Perez, a 20-year veteran of the U.S. Army before joining the TSA, told KTRK he thought the bag could potentially be an IED.

“I leaned over, grabbed it, picked it up,” Perez recalled. “I was already close, so if there was an IED, I was already gone. So I might as well try to save as many as I can.”

Perez remained calm while he acted.

“I approached it, I radioed and then I picked up the bag and brought it over to that handicap sign over there in hopes that if it would go off, it would be able to have some of the shock absorbed by those two pillars,” he told WKMG.

Brown said that “with all of the events occurring around the world,” some people self-evaluated the area in a panic, dropping carry-on luggage and knocking over stanchions. Others heard the sound these noises and mistook the sounds as gunfire, and within seconds, the main terminal was being spontaneously evacuated.

ABC News reported that authorities were forced to cancel more than 24 flights and TSA had to re-screen over 5,000 passengers since many had fled through security checkpoints. The process of re-securing the airport took over four hours.

“Our TSA team’s performance was outstanding. I’m very proud of our team and how they responded to both the incident and the recovery process of rescreening passengers,” TSA Federal Security Director Jerry Henderson said. “Our people responded as they are trained to do, and to lead passengers to safety. I am especially proud of our Officer who unselfishly rushed to a potentially deadly situation in order to protect lives.”

Perez told WKMG he joined the TSA after 9/11.

“I lost a few friends, TSA became available and I figured that was the way to serve my country again,” Perez said.

There were no injuries reported as a result of the incident. 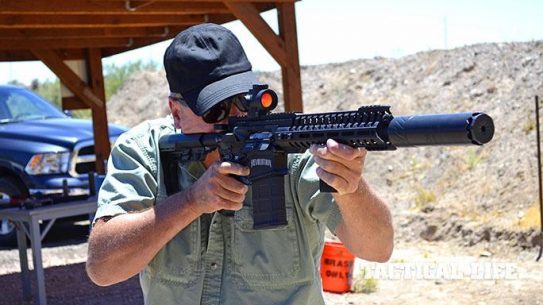