Tucker Carlson interviewed guest reporter Julio Rosas, of Townhall, Thursday. Rosas was on the ground for the riots in Kenosha, Wis., Tuesday evening as chaos enveloped the city. Rosas described a city left without any visible signs of law enforcement, leading to violence, chaos and death. And then the pair of journalists blamed the political left for running cops off the job all across the country.

“That’s why there are no cops around anymore,” Carlson said. “The result of that: Chaos. Dozens dead. Kids in the streets with guns. America’s cities on fire. Why did that happen? Because the left neutered the police. That’s why it happened. None of these cities looked like this three months ago. Not until they did this.”

Rosas went on to describe the scene on the ground Tuesday night. Violence erupted across the city in the wake of the shooting of Jacob Blake. Rioters destroyed businesses and property. Then it all turned tragically violent, with 17-year-old Kyle Rittenhouse allegedly killing two rioters.

“This could have been stopped on Monday night,” Rosas said. “Because the rioting broke out on Sunday. And instead of asking for the reinforcements necessary, the police were mostly kept to keep to protect the county courthouse and the precinct. So that left the rest of the downtown area at the mercy of rioters.”

Rosas has traveled the country this spring, covering civil unrest and rioting in major American cities. From Minneapolis, the original spark, to New York, Los Angeles, Seattle and Portland, Rosas owns a unique perspective on rioting. And he ranks the latest outbreak near the top of an ever-increasingly dangerous list.

“This was second to Minneappolis,” Rosas explained. “And the only reason why Minneapolis is still number one in my book is just because of how large scale. It was a much bigger scale. But Kenosha, of all places, turns out to be number two in my book in terms of just absolute anarchy.”

America faces civil unrest not seen in the country since the 1960s. And law enforcement officers and agencies remain under fire like never before. But for many, an unavoidable truth is becoming increasingly clear. Despite the problems, a law enforcement void equates to more misery, more violence and more death. We’ve got to find a better way. 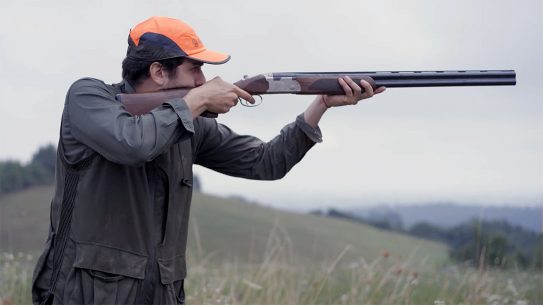 Continuing its proud legacy in over-under shotguns for field or clays, the Beretta 687...