Tucson Police faced off with a convicted felon, Fernando Valenzuela, armed with two guns on Aug. 22. The suspect fired both weapons at officers during an intense, roving gun battle that sprawled through a trailer park. The chase ended when key communication enabled an officer to get a drop on the suspect, as police shot and dropped the gunman. 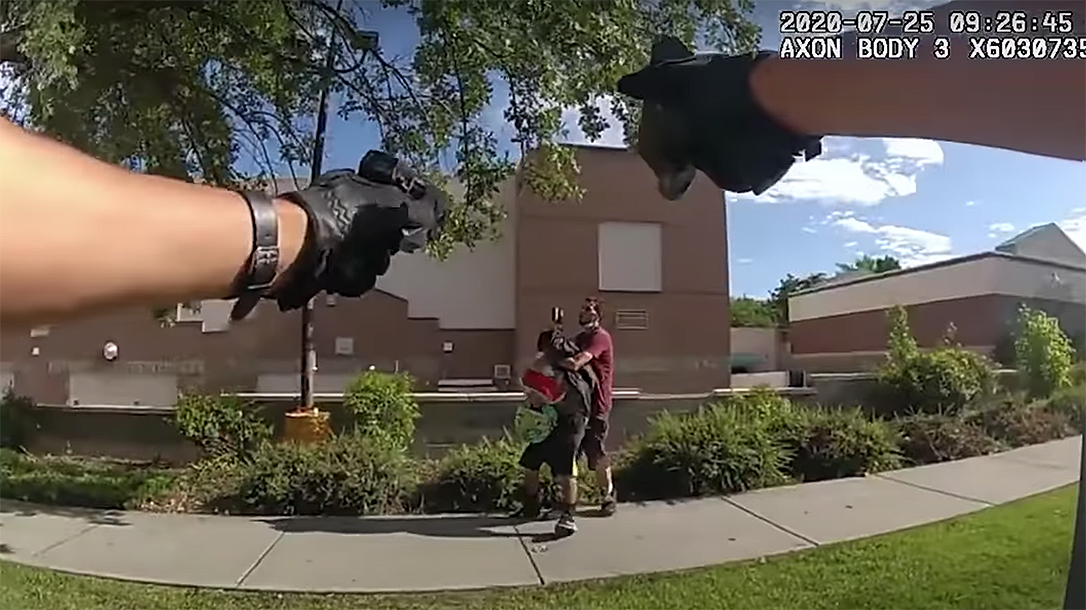 Recently released officer body cam footage shows the wild pursuit. At one point, the 34-year-old suspect fired a gun from each hand, within 16 feet of an officer, according to tucson.com. Footage shows the chase weave in and out of mobile homes, providing cover for both assailant and officers.

Tuscon Police Chief Chris Magnus called it a “very dangerous if not downright chilling pursuit” by his officers, reported tucson.com. He praised their “courage and composure under fire.”

“It does not get more harrowing than this,” Magnus said.

The communication between the two officers during the pursuit stands out. Just prior to taking down the suspect, officer No. 1 calls out to the other officer: “Hey, he’s on this side, south of you.”

That communication quite literally puts officer No. 2 on the correct side of a mobile home just moments before the suspect rounds the corner. It’s the final bit of communication that enables the officer to setup correctly. He immediately fires three shots, dropping Valenzuela, ending the fight.

Officers immediately rendered first aid to the suspect following the shooting. Magnus credited the officer with saving the man’s life, according to tuscon.com. Officials listed Valenzuela in stable condition at a local hospital. 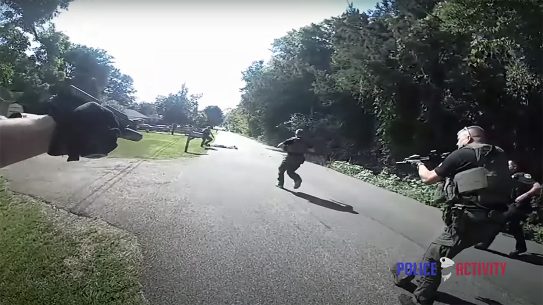