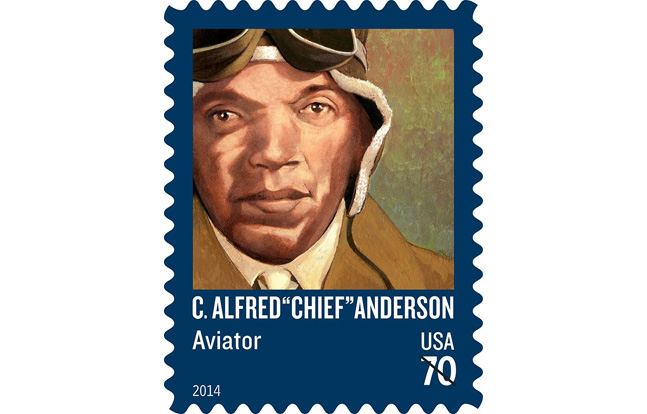 A famed World War II aviator is set to be honored with a United States Postal Service stamp. According to DVIDS, C. Alfred “Chief” Anderson of the Tuskegee Airmen will be issued a 2-ounce postal stamp on March 13, 2014 at Bryn Mawr College–Mcpherson Auditorium, which is Anderson’s hometown.

This marks the first time that a Tuskegee Airman — the first African-American military pilots in U.S. history — will have received a stamp.

As DVIDS points out, C. Alfred “Chief” Anderson is known as the “Father of Black Aviation,” having served as lead flight instructor for the Tuskegee Airmen. He is best remembered for his landmark flight with first lady Eleanor Roosevelt in 1941, which enabled the Tuskegee Airmen program to secure funding.

When he obtained a pilot’s license in 1932, Anderson was the only African American in the nation qualified to serve as a flight instructor. His groundbreaking training programs are credited with pushing the boundaries of aviation. He instructed countless military and civilian pilots, including current Tuskegee Mayor Jhonny Ford and musician Lionel Richie.

According to DVIDS, “Anderson’s instruction enabled Tuskegee Airmen aviators to exact thousands of sorties during WWII in the European theater, destroying more than a hundred German aircraft.” 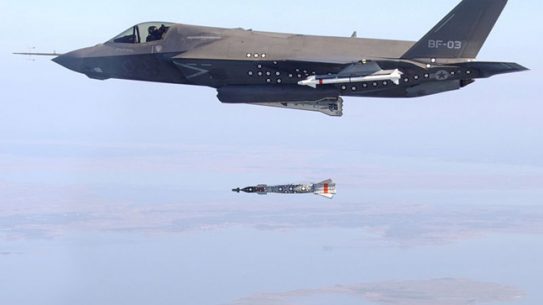 Despite cracks found in the F-35B bulkhead, the program won't be delayed, Lockheed and...