The crew, having travelled more than 5,000 nautical miles throughout remote areas within the Pacific Ocean, conducted law enforcement patrols and performed aids to navigation maintenance in the Federated States of Micronesia and Palau.

While on their patrol, crewmembers aboard the Sequoia detected two vessels well within Palau’s EEZ. Under the authority of the Palauan officer, and with the officer’s help, a boarding team from the Sequoia was deployed to inspect both vessels individually.

The first boarding was conducted on a small fishing vessel that was tied off to a Fish Aggregating Device, a large buoy that is left to drift for several months to attract fish, which is strictly prohibited in Palauan waters. The Philippine flagged vessel had no permit to fish in Palauan waters. The Palauan officer ordered the vessel to exit the EEZ and return to the Philippines.

The second boarded vessel, though larger, didn’t have any fishing permits and was rigged to deploy FAD’s as well. After conferring with Palauan Maritime Police Officials, the Palauan shiprider seized the vessel. Boarding officers discovered that the smaller vessel, previously boarded, was affiliated with the second vessel. Both vessels were seized. 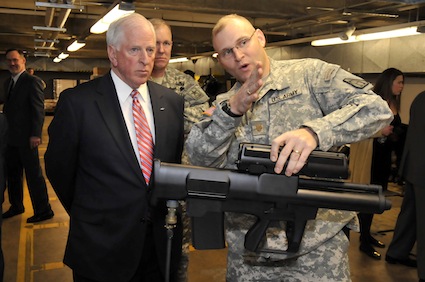