A former teacher turned radio commentator and a math tutor who lives with his mother sit in a prison in southern Mexico, facing possible 30-year sentences for terrorism and sabotage in what may be the most serious charges ever brought against anyone using a Twitter social network account.

Prosecutors say the defendants helped cause a chaos of car crashes and panic as parents in the Gulf Coast city of Veracruz rushed to save their children because of false reports that gunmen were attacking schools.

Gerardo Buganza, interior secretary for Veracruz state, compared the panic to that caused by Orson Welles’ 1938 radio broadcast of “The War of the Worlds.” But he said the fear roused by that account of a Martian invasion of New Jersey “was small compared to what happened here.”

“Here, there were 26 car accidents, or people left their cars in the middle of the streets to run and pick up their children, because they thought these things were occurring at their kids’ schools,” Buganza told local reporters.
The charges say the messages caused such panic that emergency numbers “totally collapsed because people were terrified,” damaging service for real emergencies. 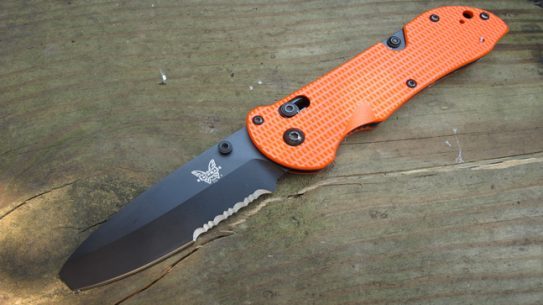 The Benchmade 916 Triage is a utility tool with a knife, safety hook, and...