Hoosiers are about to receive two new gun laws if support in the General Assembly is any indication.

One set of bills would allow employees to keep guns in their vehicles at work. Some of Indiana’s biggest companies, Eli Lilly and Cummins, testified against the Indiana versions for fear they couldn’t protect their property and employees. The House version shot ahead 76-21, and the Senate bill 41-9.

Now both chambers are hashing out minor differences in preparation for final versions.

Similar legislation has passed in 11 states. The momentum started several years ago when some Oklahoma workers were fired after they went hunting before work and, you guessed it, left guns in their vehicles. The Oklahoma statute has been upheld on appeal.

The other Indiana gun legislation would shut down public access to names and addresses of Hoosiers with permits to carry handguns in public. These bills were prompted by a story in The Indianapolis Star revealing that some rough characters slipped through the cracks and got permits. Nevertheless, even though the Star published no names or addresses of permit holders, proponents of the legislation say citizens are worried about public access to the database.

Read the rest of Norm Heikens’s article at IBJ. 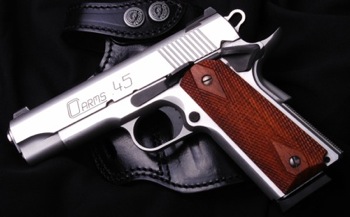