An Afghan believed to be a soldier and another in civilian clothing shot dead two American soldiers Thursday, Western and Afghan officials said, an attack likely to deepen doubts over the effectiveness of Afghanistan’s struggling security forces.

The killings in south Afghanistan came after two senior U.S. officers were gunned down in the Afghan Interior Ministry Saturday by what Afghan security officials say was a police intelligence official.

Two U.S. troops were shot dead in southern Afghanistan when three assailants, two of whom were believed to be Afghan soldiers, turned their weapons against American troops on Thursday.

Afghan and U.S. military officials confirm to CBS News that the dead were U.S. troops, and that a third American servicemember was wounded in the attack. U.S. forces responded with gunfire and killed the two assailants in Afghan army attire, wounding a third Afghan shooter in civilian clothing. The wounded shooter was identified as a teacher and is in custody. 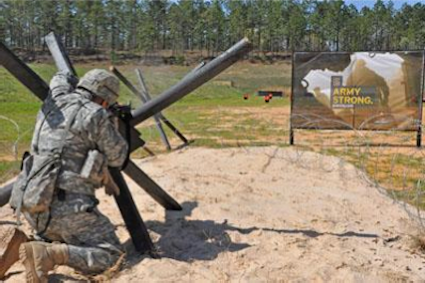 More than 350 active-duty Soldiers, Reservists ,Guardsmen and Cadets are registered to attend and compete in 2012 U.S. Army Small Arms Championship.