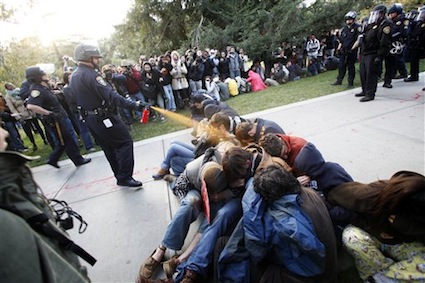 The riot-clad police officer who pepper sprayed a row of peaceful Occupy Wall Street protesters at a California university last week is a retired U.S. Marine sergeant who has been honored for his police work on campus, but also has figured in a previous discrimination suit against the university.

Lt. John Pike was hired onto the University of California, Davis police force in 2001. Now, as one of four lieutenants, he supervises more than one-third of the sworn officers on the suburban campus near Sacramento, including the investigations unit.

Pike has been honored twice for meritorious service, including a 2006 incident in which he decided against using pepper spray on a campus hospital patient who was threatening his colleagues with scissors.

Footage of Pike and another officer in riot gear dousing the demonstrators has sparked national outrage since it began circulating Friday night. Both officers and the police chief were placed on administrative leave over the weekend, and campus officials have promised a wide-ranging investigation into the incident.

Source: Garance Burke and Judy Lin for the Associated Press via Law Officer. 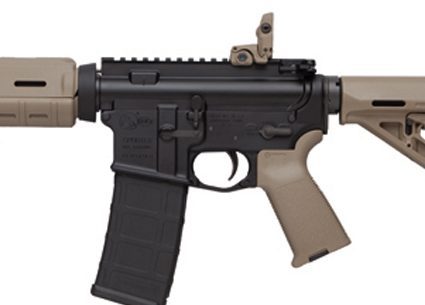