A group of students at Oakland University is lobbying for the ability to legally carry concealed guns on campus, in spite of the university’s ban on weapons for civilians.

Members of OU Students for Concealed Carry on Campus plan to walk around Oakland’s campus this week wearing empty gun holsters in support of loosened gun restrictions at the school, according to the Detroit Free Press and WDIV. Oakland currently bans everyone except police officers from bringing weapons onto campus.

The group’s protest is part of a nationwide demonstration against regulations that ban guns on college campuses. ConcealedCampus.com, the national Web site for Students for Concealed Carry on Campus, says the Empty Holster Protest is the organization’s “signature attention-getter.”

ConcealedCampus:
SCCC members are protesting college polices and/or state laws that disarm law-abiding citizens who are legally permitted to carry a concealed firearm in hundreds of other locations in their respective states. Since criminals do not honor rules against firearms, these dangerous policies stack the odds against students and in favor of criminals. The empty holster is a token symbolizing that disarming all law-abiding citizens creates defense-free zone which are attractive targets to a [sic] for criminals.
University officials sent an email to students last week informing them of the protest, according to The Oakland Post. While Mary Beth Snyder, vice president of student affairs, said the university supports the students’ right to protest, she reiterated that Oakland “prohibits the possession of any weapon on campus.”

Oakland isn’t the only school with students who want the ability to carry concealed firearms on campus. ConcealedCampus.com shows that similar groups exist at schools around the state, including Henry Ford Community College, the University of Michigan and Michigan State University. Those students could have some support in the state legislature. A bill introduced into the state House in September would ban institutions of higher learning — including colleges, universities and community colleges — from regulating the possession, ownership or carrying of legal firearms.

Reid Smith, state director of Students for Concealed Carry on Campus, told WDIV that students should be able to carry a concealed firearm on campus to defend themselves from potential attacks. Do you agree that students would be safer with looser gun restrictions, or do you think it could create the potential for increased violence on campus? 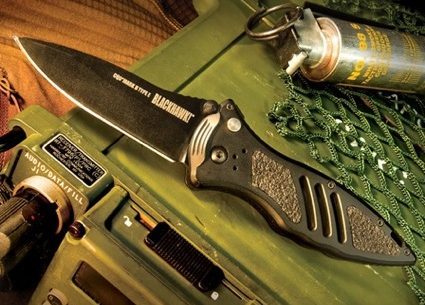