The FBI joined with local, state, and federal partners in announcing a major crackdown on the Mafia in New York, including the indictment of the leadership of the Gambino organized crime family, one of the five major syndicates in the Big Apple on Thursday, Feb. 8.

In all, more than five dozen were indicted across three organized crime families and the construction industry and its supporting unions. A total of 57 were arrested. The charges spanned some three decades and involve murder, drug trafficking, money laundering, and extortion.

“For those of us who grew up in ‘The Godfather’ generation and now live in the era of ‘The Sopranos,’ today’s case demonstrates once again that organized crime is not fiction,” said FBI Deputy Director John Pistole at the press conference. “It is alive and real, and there is nothing romantic or glamorous about it.”

Once ruled by the powerful Carlo Gambino and “Dapper Don” John Gotti, the Gambino family has been reduced to a shadow of its former criminal self over the years by the FBI and its partners, both nationally and internationally. But it is far from dead, continuing its efforts to infiltrate such industries as trucking and construction.

Still, the investigations and ensuing indictment represent another crippling blow. A total of 25 alleged Gambino mobsters—including each active leader of the family not already in jail—were indicted, as follows:

* A long-term operation looking at the Gambino’s longstanding efforts to control construction companies and contracts, including projects involving a NASCAR construction site on Staten Island and the Liberty View Harbor site in New Jersey.
* A lengthy investigation of the brazen violence used by the Gambino family, leading to the indictment of four of its members for eight murders or murder conspiracies dating as far back as 1976. Of the seven who were killed by these four mobsters, three were not part of organized crime.

The beat goes on. “As the FBI approaches its 100-year anniversary, we remember that our very beginnings were rooted in fighting gangsterism,” said Deputy Director Pistole. “We face other daunting challenges today, but our commitment to battling organized crime has never wavered.”

Nor has the dedication to working closely with the FBI’s many partners, including the Italian National Police, which attended the press conference and announced unrelated arrests of the Sicilian Mafia overseas. 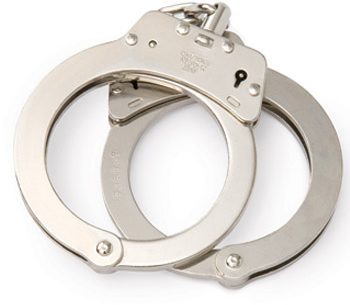 The FBI joined with local, state, and federal partners in announcing a major crackdown…