KABUL, Afghanistan, July 10, 2008 – The U.S. military’s senior officer and the commander of international forces in Afghanistan met with reporters here today to discuss the situation and threats coalition and Afghan forces are facing.

Insurgent activities and coalition casualties have increased throughout the past months, while June was the deadliest month for coalition troops in nearly seven years of conflict here. Twenty-eight servicemembers were killed.This is due partly to “coalition and Afghan troops taking the fight to the insurgency” and the rising number of insurgents crossing the border from Pakistan into Afghanistan, said Army Gen. David D. McKiernan, commander of the International Security Assistance Force here.

The lack of ability for the new Pakistani government to successfully monitor their borders have allowed for militant and insurgent groups to find safe havens in the tribal areas there, McKiernan explained.

“I have consistently said that we are seeing an increasing level of violence in Afghanistan, especially in the east and the south,” he said. “I attribute part of that to the fact that there are sanctuary areas to militant groups that are across the [Pakistan] boarder in Fata and the North-West Frontier Province.”

Navy Adm. Mike Mullen, chairman of the Joint Chiefs of Staff, added, “The new Pakistan government has a very difficult challenge and continues to work its way through, but has to enforce making sure foreign fighters don’t exist out there and make sure the insurgents don’t have the freedom of movement across the border.”

U.S. military officials recognize the need for more troops in Afghanistan, but remain reluctant to deploy them because of commitments currently in Iraq, officials said. Officials also realize the need to increase “dwell time” after deployments for servicemembers, said Mullen, who was in Iraq the previous three days visiting troops and meeting with senior leaders there.

“I just came from Iraq, and the conditions continue to improve there,” he said. “I am still very hopeful that those conditions will continue so we’ll have forces available to do other things. The next priority would be to move forces into Afghanistan.”

In early June, President Bush vowed to send additional forces to Afghanistan in 2009. However, there are no specifics about when that may take place, Mullen said.

“Exactly when the increase may occur will be based on decisions made about Iraq in the future,” he added. “From the national perspective, we’re given direction from the president, and it’s the decision of the leadership in [the U.S.] that we prioritize accordingly.”

Mullen noted that the recent addition of two U.S. Marine battalions in Afghanistan — one training Afghan soldiers and police and the other participating in heavy fighting in the southern regions — have made significant progress in the fight against terrorism.

However, he said he remains concerned about the number of additional forces from the Northern Atlantic Treaty Organization that member countries have committed to Afghanistan throughout the past year, he said.

“We need that extra capability,” he said. “[NATO] needs to do all they can do, as well.”

Mullen reiterated his concerns about foreign fighters crossing the Pakistani border and their safe havens in the country’s tribal areas. Insurgents flow much more freely into Afghanistan than they did a year ago, he said.

He said the Pakistani government and military have to put more pressure on their border in order for Afghanistan’s government to develop and succeed.

“We all recognize that the challenges here continue to be significant,” the admiral said. “The violence is up, but at the same time, coalition and Afghan forces are aggressively engaging the enemy, and we’ve had significant successes.” 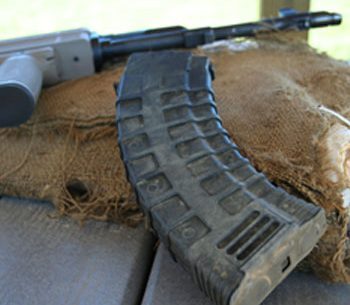