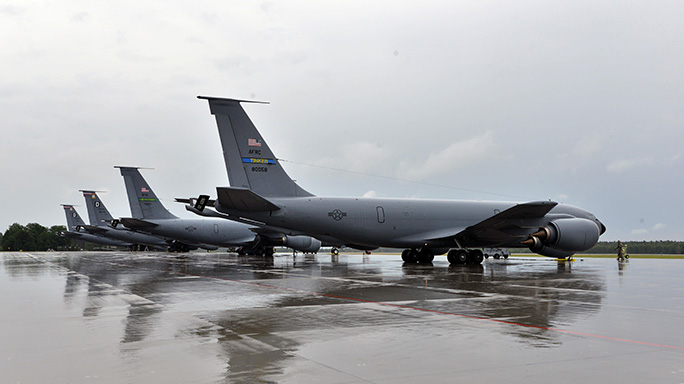 Four KC-135 Stratotankers await a mission on the flightline in support of Baltic Operations 2015, June 9, 2015, at Powidz Air Base, Poland. Baltops, held June 5-20, is a multinational maritime exercise held in parts of Poland, Sweden, Germany, and throughout the Baltic Sea, and includes participation from 14 NATO and three partner nations.
(Photo by U.S. Air Force photo/Senior Airman Michael Battles)
Comment(s)

The following is a release from Senior Airman Michael Battles, 39th Air Base Wing Public Affairs:

The Air Force, along with its Polish counterparts, officially kicked off Powidz Air Base’s portion of Baltic Operations 2015 with the first KC-135 Stratotanker flight from the 507th Air Refueling Wing in Powidz, Poland, June 8.

Baltops, held June 5-20, is a multinational maritime exercise held in parts of Poland, Sweden, Germany, and throughout the Baltic Sea, and includes participation from 14 NATO and three partner nations.

“This is the 43rd year of Baltops, and is one of the largest ever,” said Vice Adm. James Foggo III, the commander U.S. 6th Fleet. “During Baltops, we will focus on enhancing flexibility and interoperability, while demonstrating resolve of our allied and partner forces to maintain the security of the Baltic region.”

As part of Baltops, the Air Force deployed four KC-135s to Poland from the 100th, 916th and 507th Air Refueling Wings, as well as 14 F-16 Fighting Falcons from the 480th and 157th Fighter Squadrons, and three B-52 Stratofortresses from the 5th Bomb Wing.

“Exercises such as Baltops really allow us to test and practice all of our capabilities,” said Master Sgt. Larry Nahalea, the Powidz deployed operations superintendent. “It also allows us to work with our NATO allies while gaining an understanding on how our multinational partners conduct exercises.”

Baltops is about maintaining NATO and its partner’s common interests.

“NATO and our partners share a common interest in maintaining a Europe and Baltic region that is safe, secure and prosperous,” Foggo said. “Baltops exercises have resulted in great success, and have created a foundation for the strong relationships we share with the Baltic States.”

Along with Baltops, the Air Force is also participating in Army Europe-led cooperative training exercise Saber Strike 2015 and Polish-led combined exercise Eagle Talon in the Baltic region, all of which are supported by the aviation detachment located at Lask and Powidz air bases in Poland.

“Our 17-nation force is a testament to our collective commitment to regional stability,” Foggo said. “For those nations not participating, we have, will, and continue to respect their sovereignty, their fleets, and their commanders. We will conduct our operations in a respectful and professional manner throughout this exercise. We expect the same from them.” 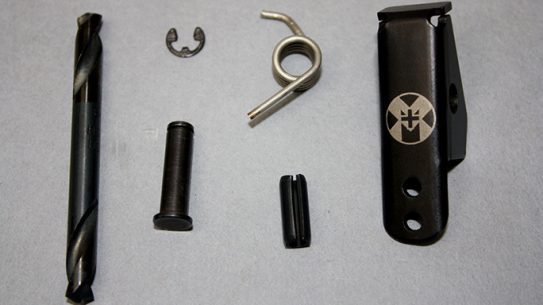