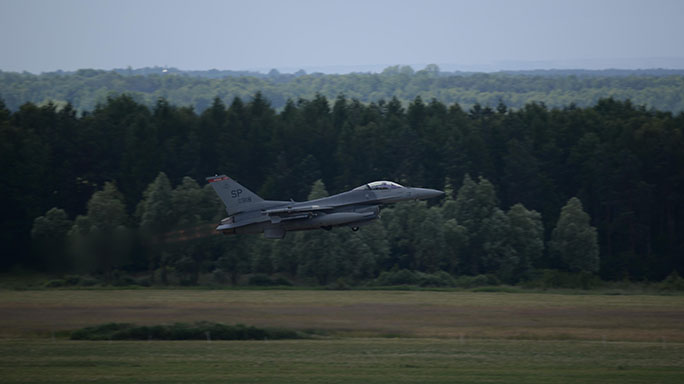 The Air Force, along with its Polish counterparts, participated in NATO exercise Ramstein Guard with the first F-16 Fighting Falcon flights from the South Carolina Air National Guard, and the 32nd Tactical Wing here June 15.

Ramstein Guard, which took place from June 15-19, was an electronic warfare exercise in which Poland was the lead nation.

“This is an excellent opportunity,” said Maj. Nathaniel Karrs, the Łask deployed force commander. “During Ramstein Guard, we focused on interoperability and communication, while demonstrating resolve of our allies and partner forces.”

As part of Ramstein Guard, the U.S. sent 14 Fighting Falcons from the 480th and 157th Fighter Squadrons and approximately 250 service members to employ land and air capabilities.

“Exercises such as Ramstein Guard allow us to work alongside our allies, providing our perspective on operations, while gaining an understanding on how our partners conduct their operations,” said Capt. Jeffrey Entine, the project officer for this rotation. “We learn from each other so that if there is a conflict in which we are operating together, we understand and can anticipate each other’s needs.”

Ramstein Guard is the Allied Air Command’s name for a series of exercises executed by one of the Combined Air Operations Centers under the NATO Electronic Warfare Force Integration Program.

The training is designed to train NATO forces to operate in an adverse electromagnetic environment in an integrated and coordinated fashion.

Along with Ramstein Guard, the Airmen who deployed to Łask Air Base also participated in U.S. Army Europe-led cooperative training exercise, Saber Strike 2015, and Polish-led combined exercise Eagle Talon in the Baltic region, all of which are supported by the 52nd Operations Group Aviation Det. 1 located at Łask and Powidz Air Bases in Poland. 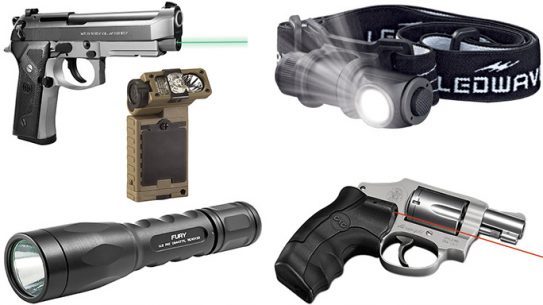 13 high-performance flashlights and lasers to maximize your self-defense in the real world!