With debate intensifying in the United States over the use of drone aircraft, the U.S. military said on Sunday that it had removed data about air strikes carried out by unmanned planes in Afghanistan from its monthly air power summaries.

U.S. Central Command, which oversees the Afghanistan war, said in a statement the data had been removed because it was “disproportionately focused” on the use of weapons by the remotely piloted aircraft as it was published only when strikes were carried out – which happened during only 3 percent of sorties. Most missions were for reconnaissance, it said.

The debate over the use of drones in Afghanistan and elsewhere was triggered in part by U.S. President Barack Obama’s decision to nominate his chief counter-terrorism adviser John Brennan, an architect of the drone campaign, as the new director of the CIA. 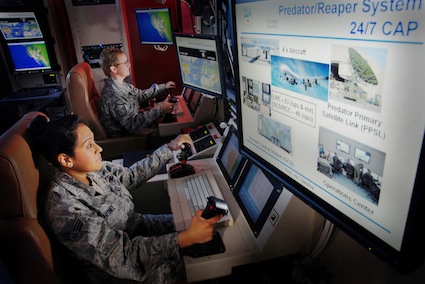 With debate intensifying in the United States over the use of drone aircraft, the…