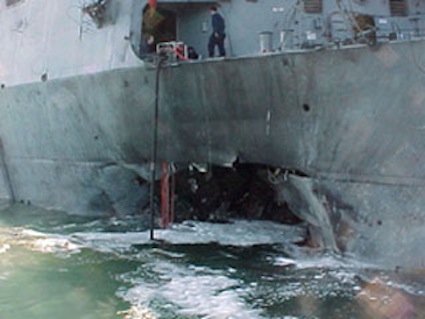 Yemeni officials say an airstrike has killed a top al-Qaida leader on the FBI’s most wanted list for his role in the 2000 bombing of the USS Cole warship. U.S. officials say the strike was carried out by the CIA.

Yemeni military officials say Fahd al-Quso was hit by a missile as he stepped out of his vehicle, along with another al-Qaida operative in the southern Shabwa province. They were speaking on condition of anonymity in accordance with military regulations.

Two U.S. officials say the drone strike that killed Quso was carried out by the CIA, after an extended surveillance operation by the CIA and U.S. military. They spoke on condition of anonymity because they were not authorized to speak to the media.

Source: The Associated Press via WIFR.