The U.S. ambassador to Kabul has issued a thinly veiled warning to Afghan President Hamid Karzai that harsh criticisms of the West could jeopardize the troops and funding critical to the Afghan government’s survival.

Ambassador Karl Eikenberry said he found comments from “some” Afghan leaders “hurtful and inappropriate,” according to a transcript of a speech released late on Sunday.

Although he did not mention Karzai by name, the speech appeared to be a direct response to a string of verbal broadsides against Western troops serving in Afghanistan and the diplomatic and aid programs that accompany them.

In one recent fiery speech Karzai warned that foreign soldiers risked being seen as occupiers because of civilian casualties they caused. Last week he said the West was polluting the country with weapons containing toxic chemicals. 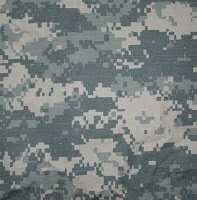 The U.S. ambassador to Kabul has issued a thinly veiled warning to Afghan President…