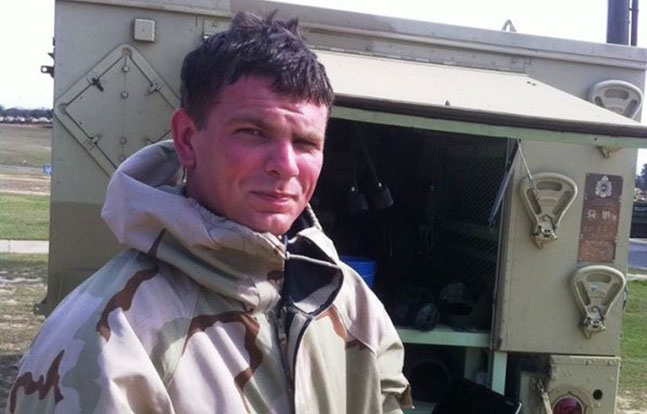 Staff Sgt. David Mensink, from the Fort Benning, Georgia-based 789th Explosive Ordnance Disposal Company, removed a grenade from a man's leg in an ambulance outside of the University of Alabama Hospital in Birmingham, Ala., Oct. 11, 2014. (Courtesy U.S. Army)
Comment(s)

When he got a call on Oct. 11 to pull out a live grenade out of a man’s leg in Alabama, he clearly hadn’t seen it all.

“It was definitely a first,” he said in a release from the Army.

Mensink, an explosive ordnance disposal technician at Fort Benning, Ga., scrambled to make the 190-mile drive northwest from the Army base to Birmingham, leaving from Benning at 4:15 a.m. and arriving at UAB Hospital about two hours later with a group that also included Sgt. Johnny Lowthorpe of Columbus, Ga., Spec. Brandon Fair of Daytona Beach, Fla., and Sgt. 1st Class Tyron Mathews of Royal, Fla. Two paramedics had volunteered to stay with the patient, but they kept him in an ambulance 30 feet away from the hospital, barricaded from the public.

Mensink, of Seale, Ala., discovered that the grenade was lodged deeply enough in the man’s thigh that it had exposed his femoral artery, the main blood supply to the lower limb. A doctor made an incision in the man’s leg and Mensink removed the grenade, the Army said.

The explosive was identified as an M713 red smoke grenade, which, according to Mensink, with the priming charge on the smoke grenade considered, could have been fatal if it had detonated. 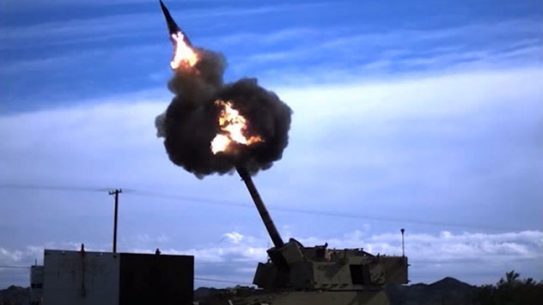 The Excalibur S 155 round from Raytheon is engineered to switch from GPS guidance...