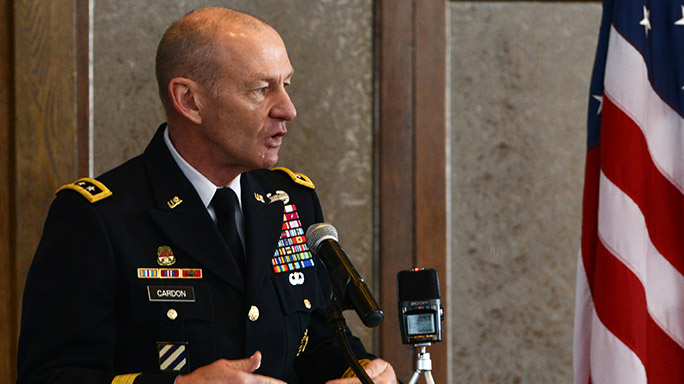 Regarding cyber, “we are training in the dozens and our adversaries are training in the thousands,” said Lt. Gen. Edward Cardon, referencing what he heard at a cyber briefing at Carnegie Mellon, one of the top cybersecurity universities in the world.

Retired Army Chief of Staff Gen. Ray Odierno, senior advisor to the chairman and CEO of JPMorgan Chase, added his own concern about the need for more cyber operators: “I believe within the next five years there will be an attempt to conduct a devastating attack on our infrastructure somewhere in the United States.”

Everyone agreed that given those concerns, talent management in cyber with regard to recruiting, placement and retention should be a very high priority.

Cardon said for now, retention is more of a problem than recruiting. He said he believes there are three things that motivate a cyber operator to stay: “Those who are passionate in this space, they want autonomy, purpose and mastery.”

With regard to purpose, he said cyber operators want to know that what they’re doing matters. “When you get the purpose aligned, it’s magnificent. They want to be known for what they’re doing, it’s not just about money.”

As to autonomy, they don’t want to be overly supervised. “The Army is a hierarchical organization, so that’s a challenge to work through,” he noted.

Cyber offers training opportunities to get to higher mastery levels, Cardon said. Also, the Army sends Soldiers to other agencies or industry to work with them — and they really like that.

Along with mastery, they can work with some real cutting-edge technology, he added. “You can do some really neat things that you can’t do on the outside.”

As to compensation, there are a number of bonus programs, he said.

Odierno added that while compensation is important, cyber operators need job satisfaction and to know from their supervisors that their work is truly appreciated.

But even all of that doesn’t always hold people in, Cardon admitted.

That’s why the Army created a cyber branch and is in the process of developing an incentivizing track, along with the rest of the Department of Defense.

What that track will be isn’t clear yet, but here’s how it might look, he offered.

If a cyber operator decides to leave the Army, he or she might retain all clearances and be in some sort of reserve status, he posited. And, “if we need you, we could call you back,” which they would probably like, because it likely would involve solving some unique, difficult and interesting problem.

“But just as importantly, if you just wanted to come back, you could come back,” he said. “All that’s being worked and the reason we can do that is we have a branch to work through it.” 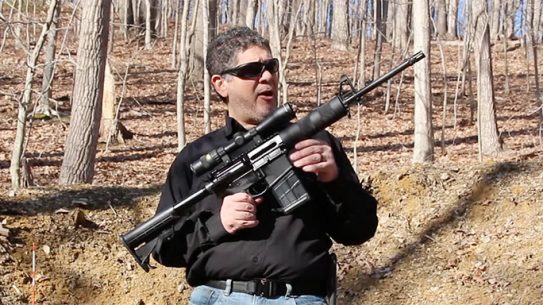 The Del-Ton Echo .308 combines big-bore power and handling with Del-Ton’s reputation for quality,...