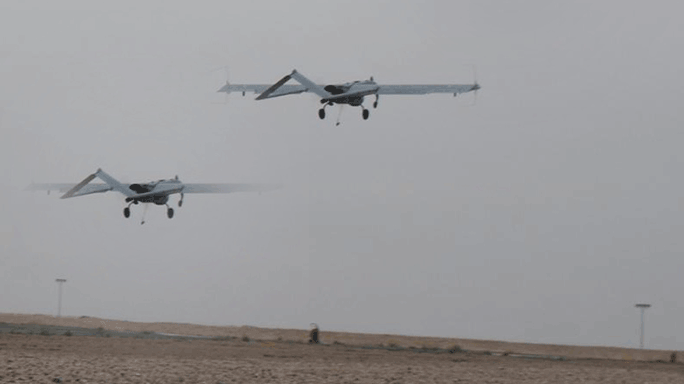 The following is a release from Gary Sheftick and the U.S. Army:

Two Army organizations that have been teaming up to provide warfighters with innovations downrange are now looking to prevent a threat from the proliferation of small unmanned aerial systems, or UASs.

The Rapid Equipping Force, or REF, on Fort Belvoir, Va., has been partnering for a while with the Asymmetric Warfare Group, or AWG, on Fort Meade, Md., to help units fill capability gaps in Afghanistan, South Korea and elsewhere.

They came up with the man-portable line charge to help Soldiers clear fields of improvised explosive devices, or IEDs, in Afghanistan. Together they studied caves like the tunnels of North Korea and Gaza to come up with tactics and techniques for subterranean operations.

Now, they’re looking at threats from above.

Thousands of small, low-tech drones are being launched worldwide by a growing number of nations and non-state actors who could challenge U.S. interests, said Col. Steven Sliwa, director of the REF.

In Ukraine, Russian separatists are using quad copters and other small UAS primarily for intelligence, surveillance and reconnaissance, Lee said.

He worries though, that in the future these small unmanned aircraft could be armed and used for more than just reconnaissance. So AWG and REF teamed up to study the threat.

He explained how they first replicated the threat at AWG’s $90-million training and solution-development facility on Fort A.P. Hill, Virginia. The 300-acre facility has its own mosque, soccer stadium and subway station.

Multiple types of UAS were launched at the facility to disrupt friendly operations.

“Pretty much, if you could imagine what you could do with it as a bad guy – we did that,” Lee said. It gave them a good idea of UAS capabilities.

Then AWG and REF went to work to figure out how the threat could be stopped.

Lee said he believes old-fashioned training needs to be part of the solution.

“We’ve had air dominance so long, Soldiers believe if it’s flying, it’s ours,” Lee said. That may not be the case in the future with UAS proliferation.

With thousands of small unmanned aircraft hovering about, technological solutions were also looked at to identify the UAS and potentially stop them.

REF looked at nine potential technologies to counter the UAS threat. A live-fire exercise was conducted at Yuma Proving Ground, Arizona, Sept. 8-25, to test the technologies.

“We took a lot of these off-the-shelf hobby-shop, low-slow types of devices [and] went against an adversary,” Sliwa said. AWG operated as the red team.

Other agencies were invited to participate in the Yuma exercise, and some of them demonstrated their technologies, Sliwa said.

Results from the Yuma Proving Ground counter-UAS exercise should be available later this month, Sliwa said.

“We’re still waiting for final results, but we think that we have found some things that under certain circumstances may be able to work.”

The REF will look at the most promising technologies and platforms for further assessment, he said, and then equip solutions to the deployed force.

Commanders in the field are concerned about the UAS threat, he said. They could see it coming and so could other federal agencies. Earlier this year, a small drone evaded radars and came down on the White House South Lawn, causing consternation from the Secret Service.

“Even before the one landed on the White House lawn, AWG and REF were already collaborating on this threat,” Sliwa said.

REF has been collaborating with AWG more this year than before, and both are now under the U.S. Army Training and Doctrine Command, or TRADOC.

Before that, both agencies reported directly to the Army’s G-3/5/7 staff.

When REF went under the operational control of TRADOC earlier this year, a few positions – acquisition officers and a program manager – were transferred to the Office of the Assistant Secretary of the Army for Acquisition, Logistics and Technology, also known as ASA(ALT). Those positions were then placed in Program Executive Officer, or PEO, Soldier, located adjacent to REF on Fort Belvoir, Virginia.

PEO-Soldier at about the same time became the milestone decision authority for REF,” Sliwa said, “now we have acquisition corps officers and a PM who work for the PEO, but focus on the REF mission within our headquarters, but have a line of authority that can be traced all the way up” to Assistant Secretary of the Army Heidi Shyu.

“It’s helped us out tremendously,” Sliwa said, adding that Shyu has been briefed several times on REF projects.

All REF projects are also shared with other TRADOC centers of excellence, Sliwa said.

Before this year, the REF’s milestone decision authority was the Research, Development and Engineering Command, or RDECOM, headquartered at Aberdeen Proving Ground, Maryland.

“We work with RDECOM closer now than when they were our milestone decision authority,” Sliwa said.

“We decided to take a very conscious path of partnering with all of the Army labs to get to some of our unique solutions with expeditionary labs that are forward downrange,” he said.

This arrangement has brought engineers and scientists closer to the warfighters on the battlefield, he explained.

This summer, the REF began operating a lab in Kuwait and it’s partnering with the Joint IED Organization to provide training aids forward to help U.S. Soldiers train Iraqis who are battling “Islamic State” insurgents.

“We’ve been doing a lot of fabricating forward also for organizations that still have an off-the-FOB [forward operating base] mission,” in Afghanistan and elsewhere, he said, “ensuring that their MRAPs [mine-resistant, ambush-protected vehicles] can have the proper mounts for different types of non-lethal aids or devices that are going to facilitate their recovery.”

The REF is all about inserting solutions forward to help warfighters any way it can, Sliwa said, and more collaboration usually results in better solutions. 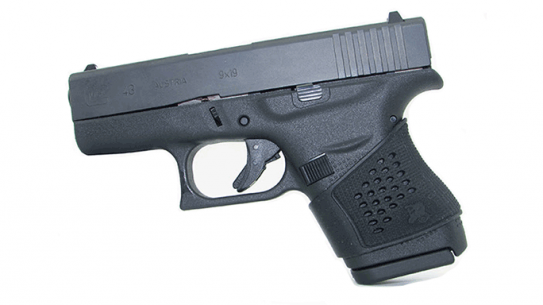 Made from proprietary Pachmayr Decelerator material, Grip Gloves, now available for the Glock 43,...