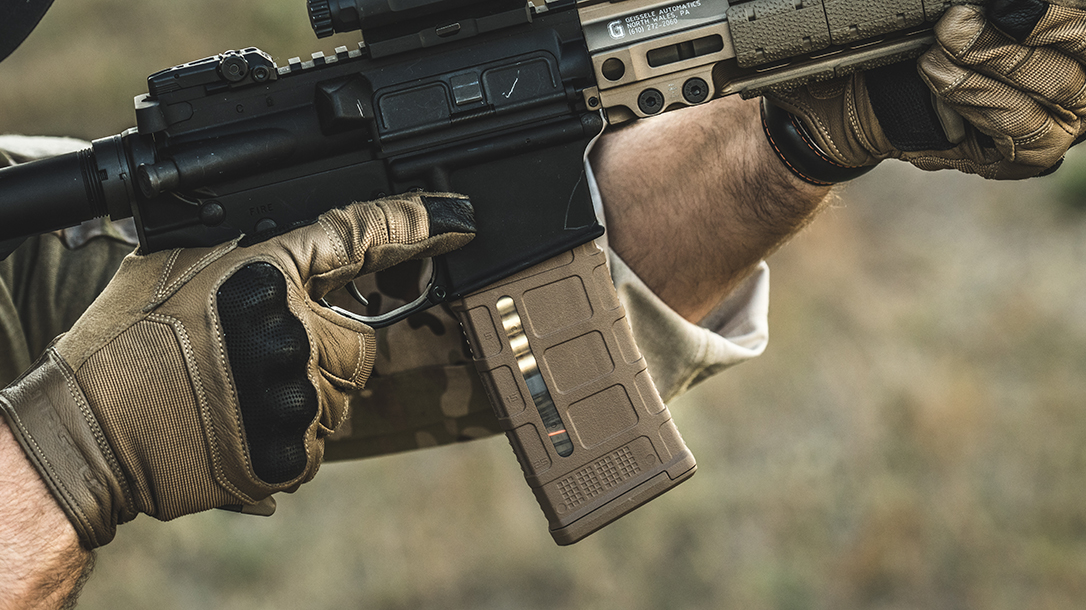 1 of 3
US Army Opens Magpul PMAG for General Procurement
As of August 2018, it was formally announced that U.S. Army units could use general procurement dollars to acquire PMAGs. Magpul PMAGs are cheaper than the legacy EPMs while remaining better by every conceivable metric. 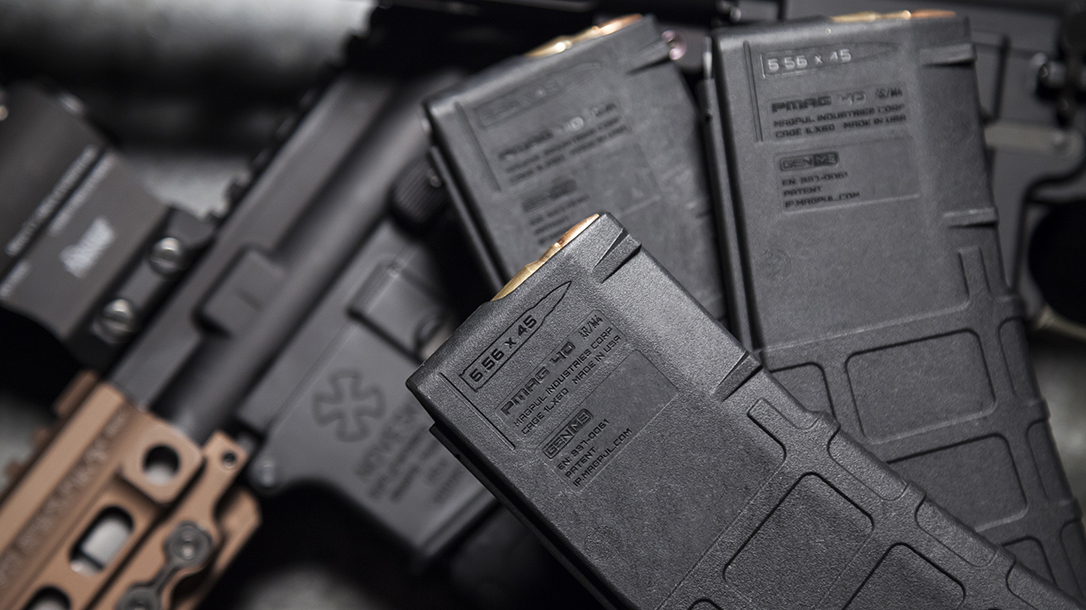 2 of 3
US Army Opens Magpul PMAG for General Procurement
Magpul PMAGs are demonstrably more reliable than the EPM; that means there will be statistically fewer stoppages in combat with these new magazines. 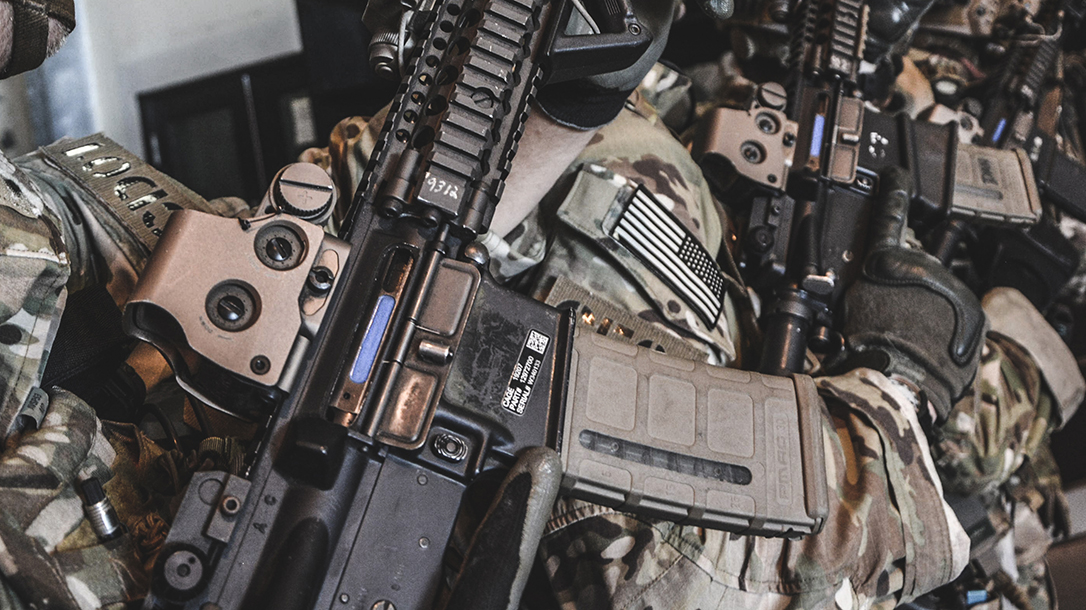 3 of 3
US Army Opens Magpul PMAG for General Procurement
Fewer stoppages in combat mean that potentially somebody’s son, daughter, brother, sister, dad, or mom gets to come home when that might not otherwise be the case. 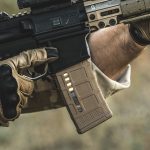 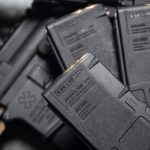 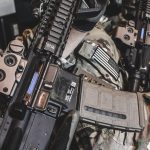 The Magpul PMAG, specifically the GEN M3, is the most reliable M4 magazine on the planet. That’s not just gunwriter tripe or biased corporate swill. And now the U.S. Army has opened the PMAG to general procurement. 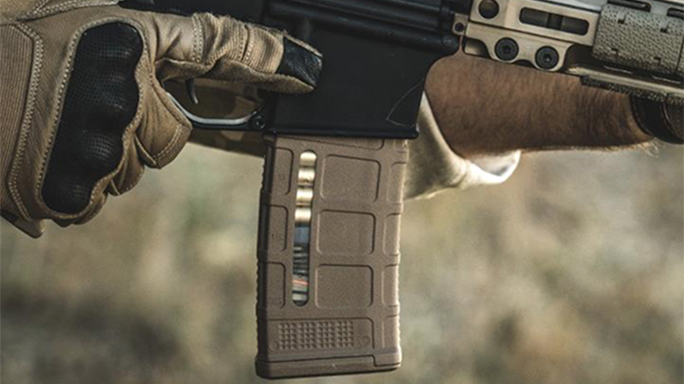 The USAF Is Switching to the Magpul GEN M3 PMAG

Uncle Sam’s Misguided Children — known in some circles as the U.S. Marine Corps — burned about a zillion rounds comparing all the major magazine offerings on the civilian market against the standard issue EPM (Enhanced Performance Magazine). EPMs are legacy aluminum magazines with all the latest bells and whistles. The Magpul PMAG won everything hands-down. Google “USMC Magazine Test” for details.

While the rest of the DOD (Department of Defense) gobbled up PMAGs like crack-addled beavers, Big Army — an affectionate euphemism for the non-Special Operations earth pigs that do the majority of the military heavy lifting in day-to-day operations around the globe — clung dogmatically to their EPMs.

The EPM was a government product. It was the result of an expensive and extensive developmental process. No one likes to hear that his or her child might not be the smartest preschooler on the playground. As a result, there was an institutional inertia that had to be overcome before Big Army might take seriously the latest, greatest polymer ammunition-feeding device.

I have a side business that builds precision rifles and sound suppressors. Trust me, everybody wants to land tomorrow’s big DOD contract. However, the goat trail that leads to that pot-o-gold is so labyrinthine it is incomprehensible to mere mortals.

Today’s military procurement system has its roots in the programs of past generations. Back in the 1960s, 70s, and 80s. there were only about five us out there with an interest in scary black guns. Al Gore had not yet conceived of the Internet, so all five of us thought we were alone in the universe. As a result, most martial innovation came from government agencies.

Nowadays black guns are both big business and ubiquitous across our great republic. In fact, there are about 15 times as many AR-15-type rifles in American civilian hands as there are in the U.S. Army inventory.

Capitalism is man’s most powerful engine for innovation. People want the best stuff and they speak with their wallets. In a free market the good gear rises to the surface, while the bad stuff falls by the wayside. These profound evolutionary pressures ultimately brought us the PMAG. The polymer PMAG had colorful origins indeed.

The radically revolutionary HK VP70 pistol hit the streets in 1970 and showed the world that you really could make a gun out of plastic. Sadly, though incredibly innovative, the VP70 was also a steaming piece of crap. It was not until Gaston Glock launched his eponymous smoke pole some 12 years later that we saw polymer pistols and their polymer pistol magazines perfected.

In 1977, Steyr contrived the AUG assault rifle and demonstrated the practicality of polymer rifle magazines. These waffle-patterned translucent marvels were truly cutting edge. Building on this remarkable foundation, Magpul birthed the PMAG and set a standard for reliability not matched anywhere else.

The government actually tried and failed to produce a polymer M16 magazine. The antiquated procurement system then orbited around meticulously vetted sole source providers and subsequently actively discouraged competition. As a result, the formal Army supply system clung dogmatically to its metal mags.

Many to most combat soldiers are also gun nerds. When they saw something better, they bought their own PMAGs, often with their own hard-earned cash. Such stuff became more and more commonplace until the USMC launched those aforementioned trials and declared Magpul PMAGs the victors. The other services piggybacked on their research and followed suit while the Big Army just wouldn’t budge. Then the U.S. Congress got involved.

Legislators, bless their hearts, technically serve at the whim of the people. None of them wanted to be holding the blame stick when some poor grunt’s mom ended up on the tube decrying her child’s unnecessary maiming to be the result of suboptimal rifle magazines. As a result of legislative pressure from the Armed Services Committee, Big Army quietly opened the stopcock to PMAGs for grunts and those who support them Army-wide.

Procurement of the Magpul PMAG Was a Surprisingly Covert Process 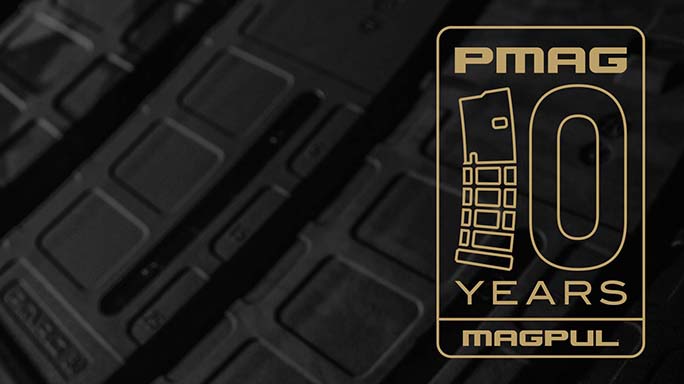 You might think that somebody at Magpul might get a phone call or an email. Having your product endorsed by the nearly half-a-million men and women of the U.S. Army would potentially be cause to close the office early and treat the staff to pizza. However, the first inkling they had at Magpul that something was different was when they started getting orders for PMAGs from sundry DOD entities through the DLA (Defense Logistics Agency).

Here’s what Magpul Executive Vice President Duane Liptak told Tactical-Life: “We are, of course, exceptionally pleased to see the now massive body of testing that continues to reinforce the near infallible reliability of the GEN M3 PMAG. More than that, though, every single person in our organization is extremely proud to have a hand in helping all of our nation’s warriors to have the most reliable feeding solution possible.”

However, there yet remained one insidious impediment to equipping every trigger puller in the Army with the finest ammunition-feeding device in the world.

In most military units, the role of supply officer is an additional duty. Additional duties can be onerous things.

As an example, when I was the operations officer for a combat helicopter company, I was also the battalion recycling officer and the company publications officer. Additionally, I was “top banana” for the post Toys for Tots program. There is no end to the sundry hats a young military officer might be expected to wear.

However, the optimized supply officer needs to be almost, but not quite, a criminal. The best of the breed will do anything it takes within the bounds of legality to keep their unit in the gear they need.

In the aftermath of the first Gulf War, all the pilots in my unit ended up with new flight bags and sundry flying kit courtesy a fund site established by the Kuwaiti government. This unimaginably massive bag of money was designed to assist the U.S. Military in rebuilding itself after the war.

The gear was legitimately used in the performance of our operational mission. However, it wasn’t the sort of stuff we could have scored under more conventional circumstances. Ours was a simply superb supply officer.

As it relates to PMAGs, it might take a little initiative to get these devices into the hands of our troops.

As I understand it, magazines are considered expendable components of the M4 rifle system. The military burns through a lot of them as a result, particularly in combat.

In many cases the automatic repurchase component of the military supply system might recharge a unit with legacy EPMs unless action is taken to update the National Stock Numbers to reflect the new PMAGs. Any enterprising supply officers out there reading this might want to take note.

Philosophy and the Magpul PMAG

EPMs are not bad. In fact, they are massively better than the crap-tastic antique Vietnam-era magazines we used to feed our weapons back when I wore the uniform and dinosaurs roamed the plains. However, the Magpul PMAG is simply better, no matter how you choose to measure it.

If the mission is to haunt your local range on the weekends recreationally turning ammo into noise, then it really doesn’t matter. A failure every now and then gives us opportunity to practice our immediate action drills and look cool for the cute girls exercising their pink-framed carry guns on the adjacent lane. However, if you are downrange for real and your weapon fails to fire, much more than that is riding on the affair.

Not to seem overly dramatic but, if viewed big picture, this really is a big deal.

As a veteran, taxpayer, gun nerd, and proud American citizen, that seems fairly important to me. 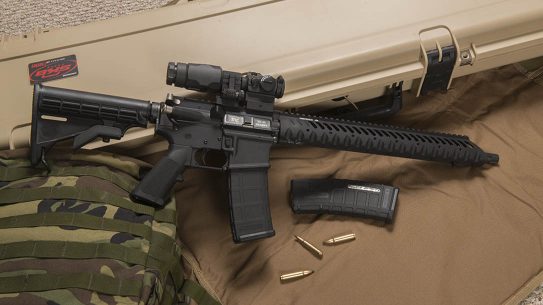 A Closer Look at the .25-45 Sharps Round and Why You Should Try It

If you want more power over the 5.56mm without getting a larger rifle, the...