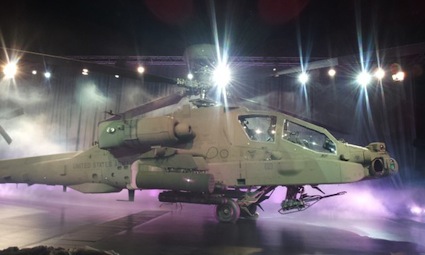 The first Apache Block III helicopter was delivered to the Army today during a ceremony at the Boeing plant here in which the aircraft was rolled out on stage under bright lights and a wisp of generated smoke.

Hundreds of industry, government and military officials attended the event in which two of the new AH-64 aircraft were actually delivered to the Army ahead of schedule. The first Block III helicopter was finished about a week early and the second about a month ahead of schedule, according to David Koopersmith, Boeing Attack Helicopter Programs vice president. 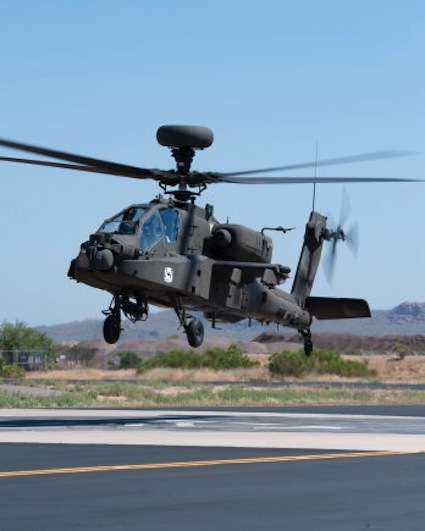 “It’s an amazing game-changer,” said Maj. Gen. Tim Crosby about the new Apache. Crosby, the Army’s program executive officer for aviation, went on to say during a press conference that no other helicopter in the world could match the Apache Block III. 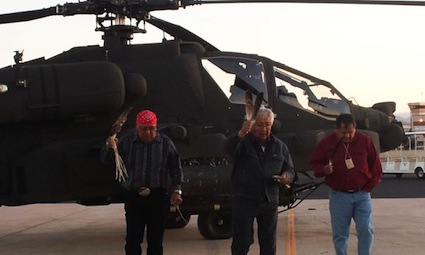 Apache tribal elders wave feathers in an early-morning blessing of the new Apache Block III helicopter before it was delivered to the Army during a ceremony at the Boeing plant in Mesa, Ariz., Nov. 2, 2011. Photo Credit: PEO Aviation

The race to reverse military suicides: Can anything be done? (video)