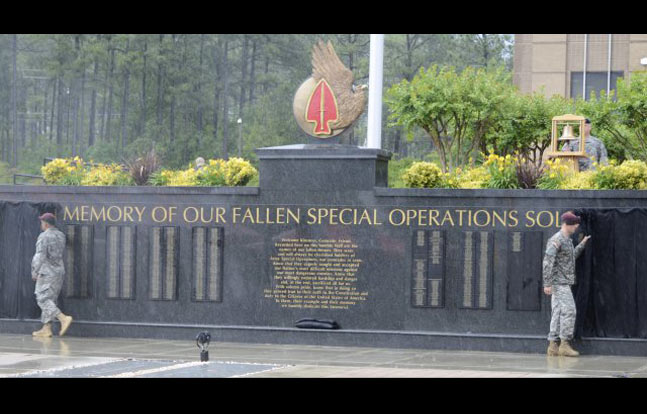 The U.S. Army Special Operations Command held a ceremony at Fort Bragg honoring 28 operations forces soldiers who have died during combat operations since May of 2013.

According to a Fort Bragg news release, the ceremony took place at the USASOC Memorial Plaza, adjacent to the USASOC headquarters building. USASOC commanding general Lt. Gen. Charles T. Cleveland added the names of the fallen soldiers to the memorial wall. After the wall was unveiled, the names of the soldiers were read aloud to the family members, friends and special guests in attendance.

“Each of the men you are here today to recognize brought a unique personality and background, a unique skill set to our regiment,” said Brigadier General Darsie D. Rogers, commander of USASFC (Airborne), according to Time Warner Cable News.

The family of Chief Warrant Officer Stanley Harriman, who was killed in Afghanistan in 2002 and is recognized as the first American soldier killed in combat in the War on Terror, was on hand for the ceremony at Fort Bragg.

“Stan lost his life that day, but he died for every single one of us. He honored and loved this country. He loved the ground that he stood on and that we stand on today. We still have our freedoms because of men like him,” said Harriman’s wife Sheila.

There are over 1,000 names on the memorial wall, which was built in 2010. More than 300 of them are Special Operations soldiers, the Fort Bragg news release states. 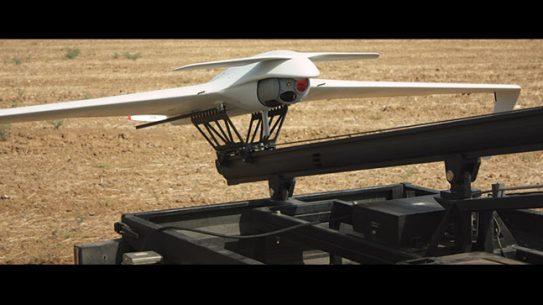