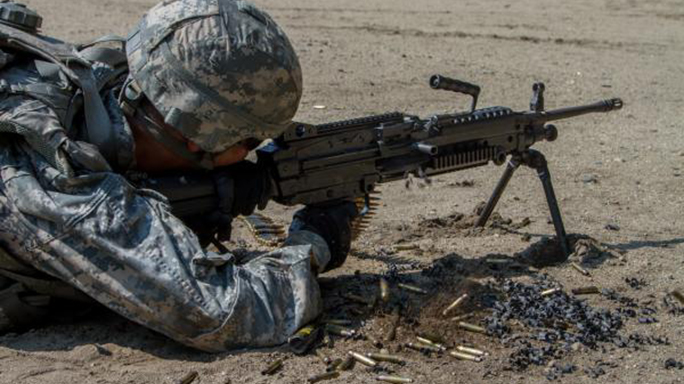 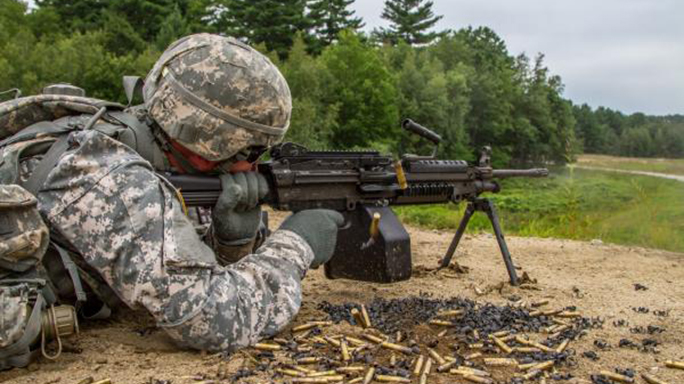 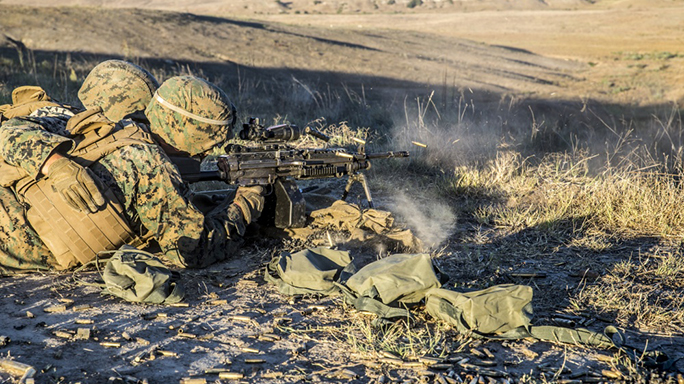 3 of 3
Photo by U.S. Marine Corps/Lance Cpl. Anabel Abreu Rodriguez
Army to Hold 2nd Industry Day for Next Gen Squad Automatic Rifle
U.S. Marines with 1st Law Enforcement Battalion, I Marine Information Group, engage targets with the M249 squad automatic weapon during a live fire training exercise on Camp Pendleton, Calif., Oct. 24, 2017. The importance of this exercise was to prepare the Marines for their upcoming deployment with the 13th Marine Expeditionary Unit. 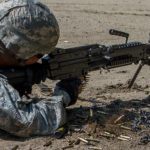 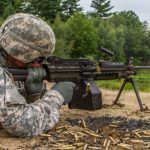 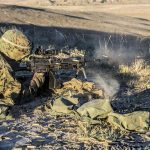 According to the amendment added to the original posting on FedBizOpps, the Army will present additional information regarding the ammunition for the NGSAR at the second industry day, which is set for Tuesday, Dec. 12, and Wednesday, Dec. 13, at Picatinny Arsenal in Morris County, N.J.

The event will be open to foreign companies. The “appropriate US citizen appointees” of such companies with stateside locations will be required to sign an NDA and a couple of other forms before receiving the information, the listing says.  Only two representatives from each company will attend, as per the listing. In addition, companies are allowed to submit a white paper after the industry day, not exceeding 20 pages in length, by no later than Jan. 16, 2018.

The Army laid out its general requirements for the NGSAR in the original FBO listing, which states that the rifle “will combine the firepower and range of a machine gun with the precision and ergonomics of a carbine, yielding capability improvements in accuracy, range, and lethality.”

Meanwhile, the listing says the NGSAR will be used against close and long-range targets in every conceivable terrain and condition. It also says the weapon should be “compatible with and dependent on legacy optics and night vision devices,” as well as the “Small Arms Fire Control system currently in development and possess back-up sights.”

The NGSAR, with the sling, bipod and sound suppressor included, will weigh no more than 12 pounds, eight ounces empty. The ammo weight should be “20 percent less than tactical brass equivalent caliber ammunition (T) 50% (O),” the listing states.

While the Next Generation Squad Automatic Rifle will replace the M249 SAW, the Army was also asked during a Q&A session at the first industry day if the new weapon will lead to other systems or replace weapons other than the M249. The service replied that the “government has a decision point in FY19 to determine if the NGSAR will be able to fulfill additional roles such as that of the squad designated marksman, medium machine gun, and the carbine.”

To view the full listing, go to fbo.gov. 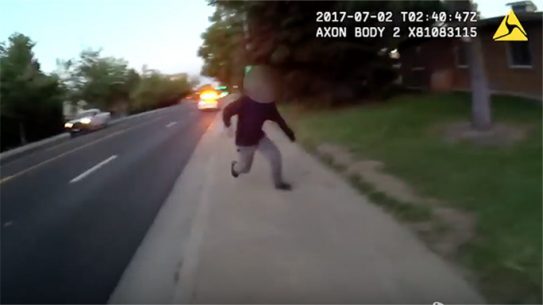 A pair of Colorado police officers unloaded on a knife-wielding man who charged at...