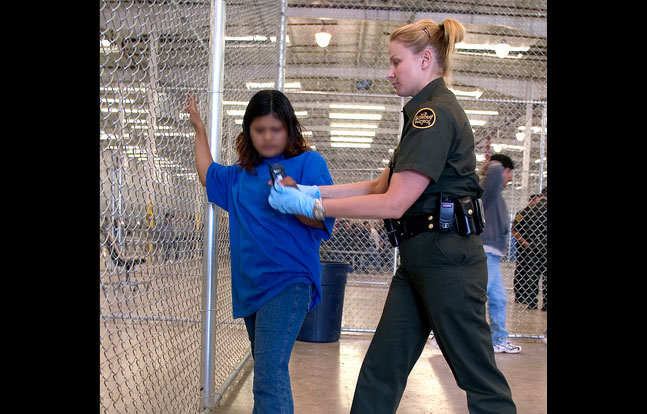 CBP Border Patrol agent conducts a pat down of a female Mexican being placed in a holding facility (Courtesy of the U.S. CBP)
Comment(s)

The U.S. Border Patrol is quickly looking to fill a void in its female work staff.

The number of female migrants crossing the border is up significantly while female border agents remains stagnant, something the Border Patrol wants to rectify, according to the Associated Press.

Only 5 percent of its approximately 21,000 agents around the country are women, and the agency has long called this a problem.

It is especially troublesome in the Southwest, where nearly 120,000 women were caught crossing the border illegally in the fiscal year that ended Oct. 31. That’s a significant increase from fiscal year 2011, when about 43,000 women were apprehended. The agency’s southwest region includes Arizona, Texas and California.

… Six in 10 female migrants are sexually assaulted while crossing the border, according to Amnesty International. Many more become sick or lost while crossing.

“Most women are victimized by men, so having a first responder who’s a man inherently creates mistrust,” Juanita Molina, executive director of the Border Action Network. told the Associated Press. 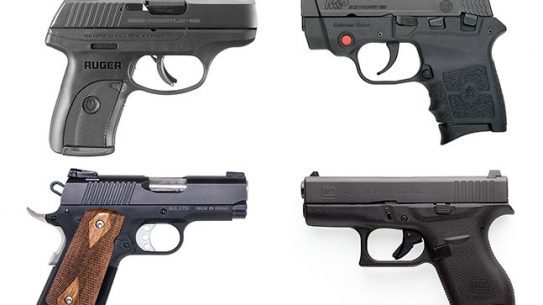 No matter what your personal preference, you will be able to find a handgun...