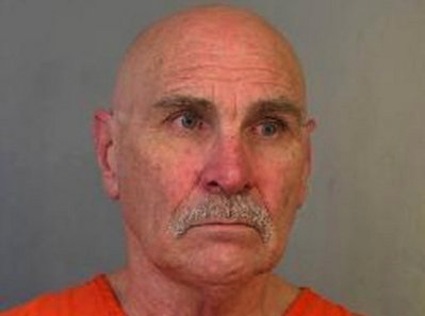 This undated handout picture released by the Federal Bureau of Investigation (FBI) Denver Joint Terrorism Task Force (JTTF), in conjunction with the Jefferson County Sheriff’s Office, and the Bureau of Alcohol, Tobacco, Firearms and Explosives (ATF) in Denver shows suspect Earl Albert Moore, 65, for whom the FBI is conducting a nationwide manhunt. (AFP/FBI)

The FBI identified Sunday a 65-year-old man with a lengthy criminal record considered to be “armed and dangerous” as the prime suspect in a failed pipe bomb planted at a busy Colorado mall.

“Moore is considered armed and dangerous and has an extensive criminal background,” the FBI’s Denver field office added in a statement.

There were concerns he may have left the state, so the FBI said it was now conducting a “nationwide hunt” to locate Moore.

Hundreds of Taliban use tunnel to escape Kandahar jail in security disaster.