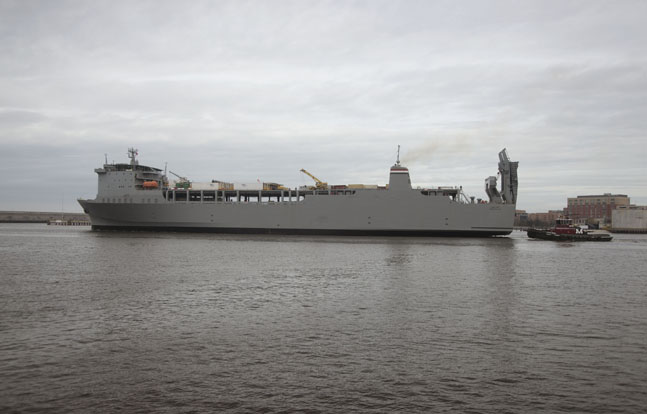 The ship left Portsmouth, Va. on Jan. 27. It was supposed to make a port call in Rota before heading to the Port of Gioia Tauro in Italy, where Syrian chemical weapons would be transloaded onto the MV Cape Ray from Scandinavian vessels. After that, the ship would set sail for international waters and utilize the Field Deployable Hydrolysis System to destroy the stockpile.

However, Syria has fallen behind the Feb. 5 deadline to deliver all of their chemical weapons, which means the MV Cape Ray is in a holding pattern in Spain.

“We expect her to remain in Rota until such time as she’s prepared to transload all of the Syrian chemical weapons [and chemical materials] that she is slated to destroy,” Pentagon spokesman Col. Steve Warren told reporters. 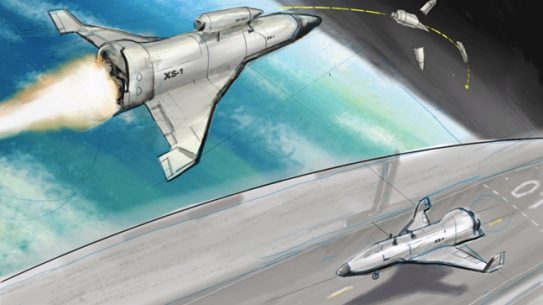 DARPA's XS-1 experimental spaceplane might have its first liftoff in 2017, with an orbital...