“Unprecedented cooperation from the highest levels of government in Liberia helped expose drug smuggling and corruption that led to indictments of African, Colombian, and Russian traffickers. Operation Relentless successfully battered the pipeline of cocaine flowing from South America, through Africa, and into Europe. In this case, ton quantities of FARC cocaine were seized and the operations of several major traffickers were disrupted,” said Leonhart.

The Honorable Ellen Johnson Sirleaf, President of the Republic of Liberia, stated: “As today’s charges show, the Republic of Liberia is officially closed for business to the narcotics trade. We are strongly committed to combating international drug organizations that seek to exploit our country for their own profit. We are proud of our strong partnership with the United States Drug Enforcement Administration and the United States Department of Justice, and we look forward to strengthening and deepening this relationship in the years to come.”

According to the Indictments and Complaint unsealed today: During the last decade, drug trafficking organizations based in South America have increasingly used countries along or near the West African coast as trans-shipment hubs for importing massive quantities of cocaine to be later distributed in Europe or elsewhere within Africa. Through a combination of privately owned aircraft and maritime vessels, these organizations, predominantly based in Colombia and Venezuela, have transported hundreds of tons of cocaine, worth billions of dollars, to places such as Guinea Bissau, Guinea Conakry, Sierra Leone, Togo, Mali, Ghana, Nigeria, and Liberia. In so doing, representatives of these drug trafficking organizations have often sought to bribe high-level public officials with large cash payments and narcotics in order to ensure the safe passage, storage, and distribution of their cocaine shipments.

Since in or about 2007, the defendants have attempted to bribe high-level officials in the Liberian Government in order to protect shipments of vast quantities of cocaine, and to use Liberia as a trans-shipment point for further distribution of the cocaine in Africa and Europe. In particular, certain of the defendants met with two individuals they knew to be Liberian government officials — the Director and Deputy Director of the Republic of Liberia National Security Agency (“RLNSA”), both of whom (unbeknownst to the defendants) in fact were working jointly with the DEA in an undercover capacity (“UC-1” and “UC-2”, respectively). 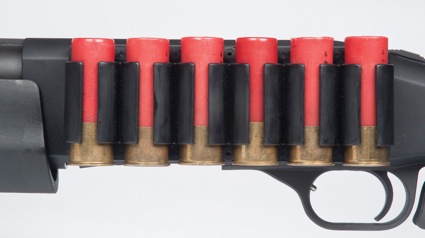