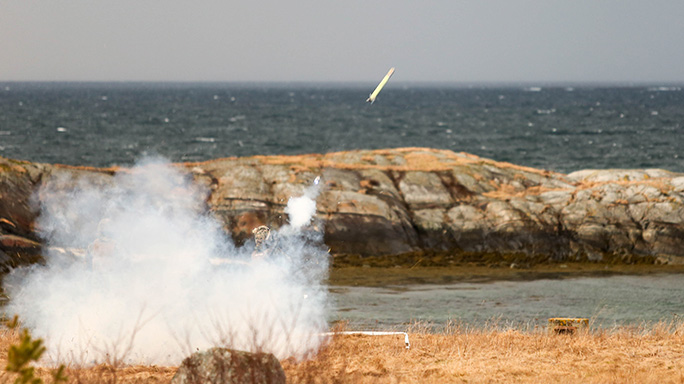 A U.S. Marine Corps Stinger missile prepares to ignite its flight motor as it's launched during a live-fire event in Ørland, Norway, Feb. 24, 2016. During this event, the Marines and the Norwegian military worked side-by-side as they took to the firing line to put their equipment to the test. The live-fire event was held in preparation for Exercise Cold Response 16, featuring 12 NATO allies and partner nations and approximately 16,000 troops.
(Photo by Cpl. Dalton Precht)
Comment(s)

The following is a release from Cpl. Dalton Precht, II Marine Expeditionary Force:

“The Norwegians are helping the Marines with range safety and host-nation support. We are supporting with everything from security on site, transportation, logistics and accommodation,” said Norwegian Air Force Maj. Michael Bottenvik-Hartmann, the G-bad officer of the 138 Air Wing staff and range safety officer for the training.

The Marines were firing the missiles at remote controlled aircraft piloted by Norwegian service members.

Marine Cpl. Justin T. Heslep, a Low Altitude Air Defense Gunner with the unit, Battalion, 2nd Marine Expeditionary Brigade, talked about the partnership with the Norwegians and the interoperability the two units had throughout the live-fire.

“In order to fire the Stinger missile there are a few steps, but it all comes down to you being able to find the target and firing the system,” said Heslep.

The Marines shot down nine out of the 10 R.C. planes launched during the stinger missile live-fire.

“Exercises like this are important for future cooperation and Cold Response itself,” said Bottenvik-Hartman. “It helps us familiarize and integrate in a better way.”

The live-fire exercise was held in preparation for Exercise Cold Response 16, a joint exercise comprised of 12 NATO allies and partnered nations and approximately 16,000 troops. Throughout the preparation for the exercise, U.S. Marines and Norwegian service members have worked side-by-side to include multiple live-fire ranges, cold-weather survival training and driving courses.

Cold Response will kick off in March and is designed to help bolster transnational relations while enhancing the participating countries’ abilities to respond to global crises. 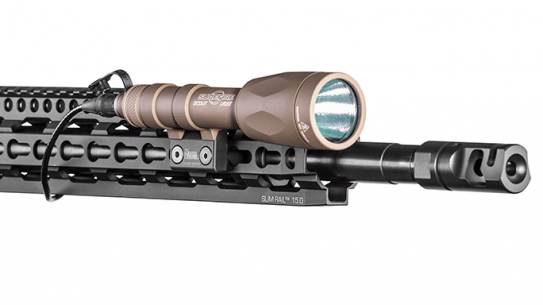 The lightweight KeyMod Scout Light Mount from Daniel Defense was designed specifically for the...