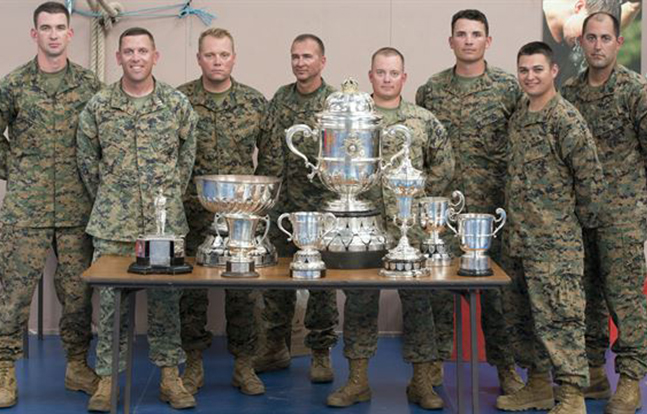 The following is a release from the U.S. Marines:

The United States Marine Corps Shooting Team competed against service members from across Europe during the Royal Marine Operational Shooting Competition at Altcar Ranges near Hightown, England Sept. 8-18, 2014. Unlike most contests, the competition focuses on combat shooting situations rather than bull’s-eye competitions.

In the Marine Corps, rifle and pistol bull’s-eye shooting competitions are centered on shooting while standing still, holding the weapon and body as steady as possible to take the best shot. This means a lot of extra time is needed to build a good shooting position.

“In combat you don’t get the chance to take your time getting a perfect stance,” said British Marine Ross Tyler, a competitor in the event. “If you are in a fire fight, you have to adapt to your surroundings and do your best to get your shot on target.”

This is accomplished by designing courses of fire that would simulate the conditions of combat including wearing combat gear running anywhere from three to 600 meters, shooting at moving and static targets, and, in some instances, shooting at random targets at random distances, simulating the uncertainty that can be felt in a firefight.

“This competition is excellent,” said Gunnery Sgt. Michael Lawson, a competitor for the U.S. Marine Corps Shooting team. “We are developing, maintaining and bettering our relationships with these other nations and their troops.”

Competitors representing the U.S., U.K., France and Netherlands experienced strengths and weaknesses unique to each team.

One of the obstacles for the U.S. Marines is to not using their issued weapons. The weapons used were the SA-80 service rifle, the primary rifle used by the British military, and the Glock 19 9mm pistol.

“Even with not being familiar with the rifle, we still performed well,” said U.S. Marine Staff Sgt. Chad Ranton, a competitor for the Marine Corps Shooting Team.

The U.S. Marine’s greatest strength was the pistol. They were awarded the Revolver Bowl for achieving the highest total score for pistol matches. They won with 4,930 points, beating second place by 1,041 points.  The second place team, the Royal Marine Commando Logistics Regiment had 3,889 points and the third place team, the 30 Commando Information Exploitation Group, had 3,716 points.

The Dallas Brookes Cup is awarded to the international competitor with the highest total score for the pistol. The top three shooters were U.S. Marines. Lawson came in third with 662 points. Sgt. Kyle Bailey, a competitor for the U.S. Marine Corps came in second with 674 points, and Ranton came in first with 715 points.

Ranton also took first in the Victory cup, which is awarded to the non-British competitor who achieves the highest total score for both rifle and pistol during all matches. His final score from all the competitions, which also was the top individual score for all of the competitors, including the British, was 2102, beating second place by 16 points.

The U.S. Marine team struggled with the rifle and didn’t place in the top three. However, the team’s incredible pistol scores skyrocketed them into first place for the Duke of Edinburgh Cup, which is awarded to the team who has the highest total score on both rifle and pistol.

The U.S. Marines returned home to prepare for the next season of competitive shooting and to practice for next year’s RMOSC to defend their title.

“Next year we are definitely bringing our own weapons,” said Capt. Jared Dalton, the team captain for the Marine Corps Shooting Team. “Using these weapons in a competition with barely any practice on them made it difficult. If we bring our own weapons, we will be able to focus less on learning the weapon and more on the match itself.” 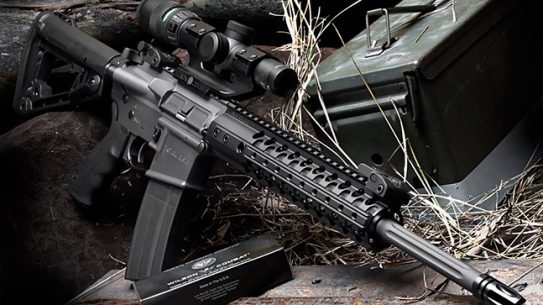 Bringing you a collection of greatest hits built for the powerful, suppressor-ready 300 AAC...