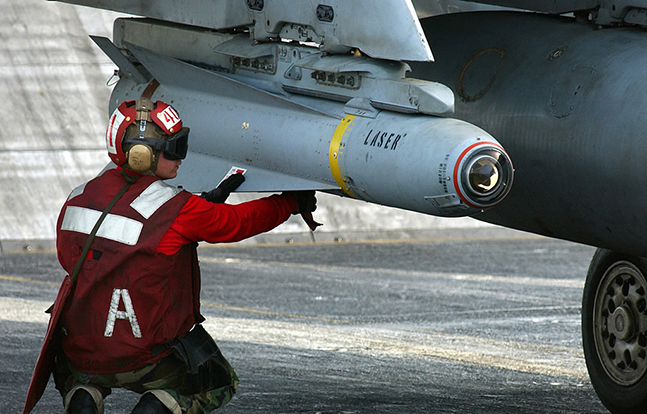 Raytheon will convert 500 TV-guided AGM-65A/B Maverick air-to-surface missiles to the laser-guided AGM-65E2 configuration thanks to a $49.5 million contract from the U.S. Navy.

According to IHS Jane, the U.S. Air Force used the laser-guided Maverick during Operation “Iraqi Freedom.”

Following the Air Force’s example, the U.S. Navy decided to re-introduce the 300 pound-class laser-guided Maverick to provide a precision strike capability against rapidly moving targets in urban environments. It is this niche capability that makes AGM-65E2 the weapon of choice for the current conflict in Iraq.

Raytheon officials have previously told IHS Jane’s that, while the newer AGM-65E2 looks physically identical to the older AGM-65A/B, they are actually completely different missiles inside.

“Although this missile shares the same nomenclature as those [Mavericks] produced in the 1980s, it is really a completely new missile,” Raytheon told IHS Jane. “The range acuity has been increased two-fold over the older missile, meaning that pilots can now really stand off from a target.” 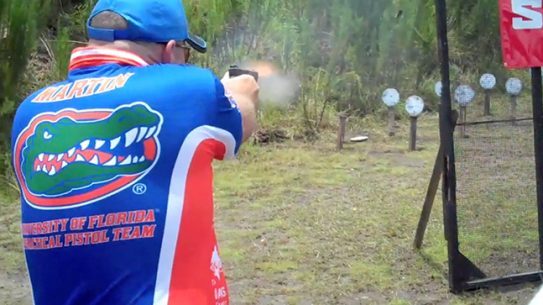 Running And Gunning at the 2014 Pro-Am Championship

Deon Martin blazes through several shooting stages at the 2014 Pro-Am Championship with a...