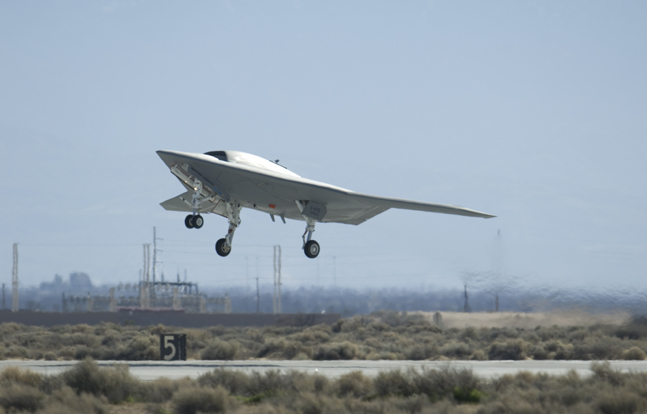 The Northrop Grumman X-47B will be placed on a U.S. Navy aircraft carrier to test operational capabilities in conjunction with a manned aircraft.
Comment(s)

The X-47B Unmanned Combat Air System-Demonstrator built by Northrop Grumman will soon be placed onboard a U.S. Navy aircraft carrier to test operational capabilities in conjunction with manned aircraft in airspace around the ship and on the flight deck.

In 2013, Northrop Grumman’s X-47B spent time aboard the USS George HW Bush (CVN-77) and USS Theodore Roosevelt (CVN-71), but this is the first instance in which the X-47B will operate in conjunction with a Boeing F/A-18 on the carrier flight deck.

“We are going to do that, we are going to start to mature and discover and understand the best way to do what we call CONOPs—concept of operations—of manned and unmanned aviation in the carrier environment,” Winter said. “That’s very important.”

Testing is being conducted in order to reduce the risk for the upcoming X-47B follow-up, called the Unmanned Carrier Launched Airborne Surveillance and Strike (UCLASS) aircraft, which will hit the flight deck in 2020.

“And when we do start doing flight tests with the UCLASS, it is not the first time that they have done that and we’re already ahead of the game,” Winter said. 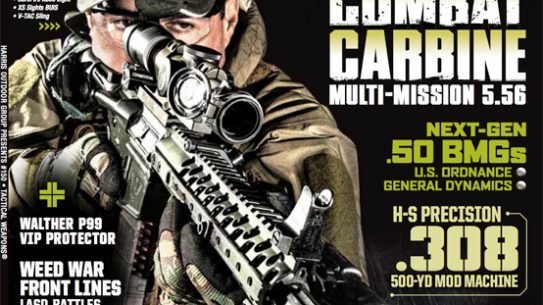