Lieutenant General William Caldwell said the 67-percent “attrition rate” among police recruits was “far too high” and revamping the way the police works to avoid burn-out was one of his main priorities.

The high drop-out rate meant that in order to grow the Afghan police and army from their current level of about 200,000 to 300,000, far more than 100,000 recruits would be required because many would fall by the wayside.

Caldwell, the Commander of the NATO Training Mission and Combined Security Transition Command in Afghanistan, told an audience in London that building a new police force was the biggest challenge his team faced.

The task involved with the police was “significantly greater” than for the Afghan army, he told the Royal United Services Institute defense think-tank.

Many Afghans are deeply distrustful of the police which they accuse of being driven by corruption, but Caldwell blamed the fact that until recently just 30 percent of recruits received any training at all.

Caldwell also said he was encouraged by a surge in the number of recruits. Recruit levels have risen from around 800 in September of last year to approximately 7,000 a month.

Caldwell is expected to appeal for more trainers from NATO member states when he visits the organization’s headquarters in Brussels on Wednesday. 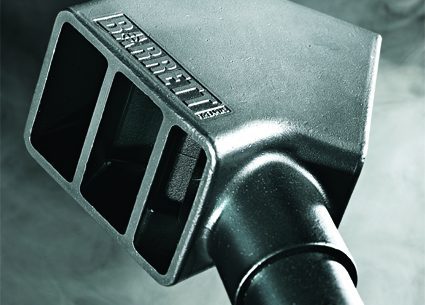 Nearly 70 percent of Afghan police recruits drop out during training, the top U.S.…