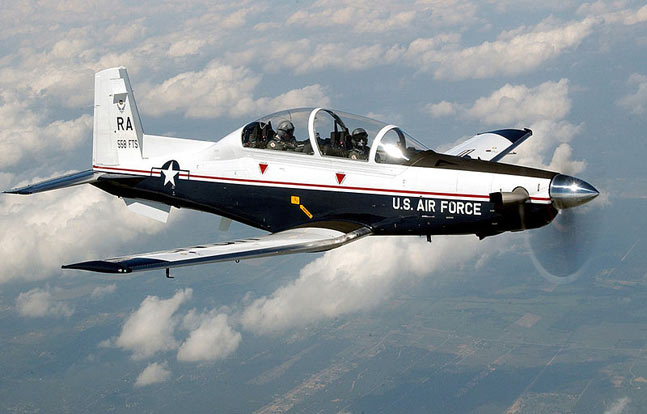 The U.S. is sending 24 Beechcraft T-6C Texan II trainer aircraft to Iraq as part of a $1 billion deal.
Comment(s)

The United States is sending nearly $1 billion in trainer aircraft, surveillance aerostat systems, and up-armored Humvees to the Iraqi military. According to Defense News, the Defense Security Cooperation Agency (DSCA) notified Congress that the State Department had signed off on the sale.

“The proposed sale of these aircraft, equipment, and support will enhance the ability of the Iraqi forces to sustain themselves in their efforts to bring stability to Iraq and to prevent overflow of unrest into neighboring countries,” the DSCA said.

Also included in the deal is 200 AM General M1151A1 up-armored Humvees. As Defense News reports, the vehicles will be fitted with M2 .50 cal. machine gun mounts, in addition to commercial radios, communication equipment, repair and spare parts, and more. This portion of the deal will cost $101 million.

The Humvees would be used to “facilitate progress towards increasing Iraq’s ability to defend its oil infrastructure against terrorist attacks,” the DSCA said. “Iraq will use the [Humvees] to increase the safety, effectiveness and self-reliance of the Iraqi Army’s Oil Pipeline Security Division.”

According to the DSCA, these systems “facilitate progress towards increasing the Iraq’s ability to provide protection of national level command and control sites, military installations, and other critical infrastructure against terrorist attacks.” 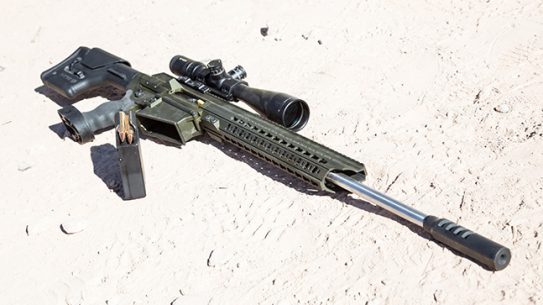 Law enforcement and military-based firearms have gotten a big boost for 2014, give a...