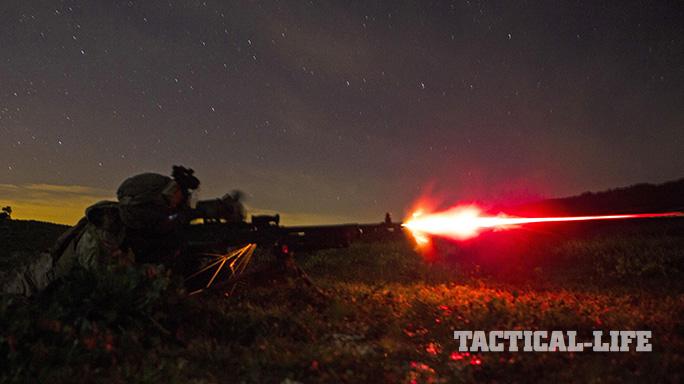 The following is a release from 1st Lt. Danielle Dixon of Defense Media Activity:

The exercise was planned to assimilate the Spanish Marines from 2nd Battalion, 8th Marine Regiment, to the U.S. Marines from Special-Purpose Marine Air-Ground Task Force Crisis Response-Africa. The units have shared assets in the past, but never partnered together on the ground.

“They allowed us to come out there and use the ranges,” said Cpl. Jacob Smith, a machine gunner with SPMAGTF-CR-AF. “We don’t get to use too many machine gun ranges out here. We took the opportunity to bring our section out and were able to teach [the Spanish Marines] about our capabilities and they taught us about theirs.”

At the conclusion of their individual training, the Spanish and U.S. Marines integrated for a live-fire exercise compared their respective training procedures. The NATO allies even filled the ranks of each other’s forces to allow for integrated leadership challenges. The strongest similarities seemed to be the expeditionary capabilities, combat mindset, and small-unit leadership.

“Among the various training aspects I observed, I’d highlight the strong combat mindset of the U.S. Marines during the exercise, probably acquired through their experience with operations around the world,” noted 1st Lt. Pablo Torres Fernandez del Campo, a platoon commander with the Spanish battalion.
According to the 2013 Spanish National Security Strategy, Spain’s armed forces are called to work with partners and allies in their four main areas of interest—the Maghreb, the Sahel, the Horn of Africa, and the Gulf of Guinea.

Together, these NATO allies continue to train and prepare themselves for the ever-increasing demands of expeditionary warfare in austere environments, similar to Africa. Moving forward, the unit’s hope to develop a lasting, beneficial partnership.

“Our intention was to maintain the combat readiness and capacities of [the unit]…as well as give SPMAGTF-CR-AF the chance to use our facilities,” Campo explained. “We look forward to increasing our mutual confidence, as this is just the beginning of a series of cooperation exercises between both units.” 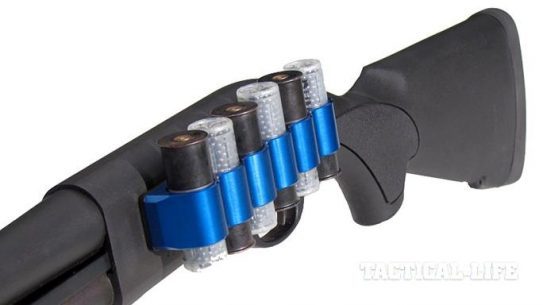 Mesa Tactical takes its line of SureShell Shotshell Carriers and gives them a bright-colored...