The pulverized turf, it turns out, contains high levels of manganese, silicon, iron, magnesium, aluminum, chromium and other metals that act as neurotoxic agents when ingested. Combine the country’s frequent sandstorms and the kicked-up dust that results from helicopter travel with troops’ nostrils, mouths and pores, and you’ve got an unexpected example of how inhospitable the terrain is for the soon-to-be 98,000 soldiers, sailors, airmen and marines fighting the war.

That’s all according to new research presented this month to a neurotoxicology conference in Oregon by a senior scientist with the Navy Environmental Health Effects Laboratory. That scientist, Palur G. Gunasekar, tells Politics Daily’s Sheila Kaplan that “[a]s the sand extract dose increases at the higher concentration you see cell death.” As the late Ronnie James Dio told us time and again, metal is evil.

A Navy spokesman tells Kaplan that more research is necessary to determine whether a connection exists between Afghan sand and neurotoxicology, as the service has yet to receive complaints from troops about “cognitive difficulties that are unrelated to traumatic brain injuries.” Those injuries have become the signature trauma of nine years of war in Iraq and Afghanistan as a result of roadside bombs and other improvised explosive devices, with nearly 64,000 cases diagnosed between 2003 and 2009.

According to ProPublica, Congress has dedicated an estimated $1.7 billion over the last few years to help troops recover from traumatic brain injuries, even standing up six new “Defense Centers of Excellence” in 2007 to provide research support as well as medical care.

But now it looks like there’s a new, tragic and expensive unintended health consequence of the war. And if the Defense Department’s late start in combating traumatic brain injuries is instructive, it’s going to take a lot more than research and the glacial pace of the defense health bureaucracy to deal with neurotoxic sand.

Read the rest of Spencer Ackerman’s article at Wired. 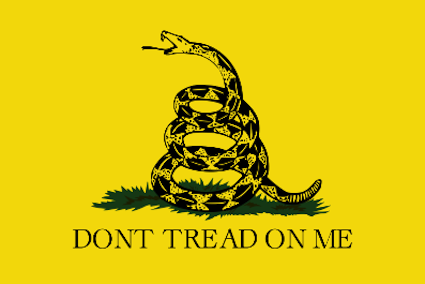 Connecticut Marines fight for “Don’t Tread on Me” flag display over state Capitol.