The U.S. is warning of possible al-Qaida attacks against ships off the coast of Yemen, where an offshoot of the terrorist network has established a significant base of operations over the past year.

Yemen became a focus of deep international concern in December when al-Qaida in the Arabian Peninsula claimed responsibility for the failed attempt to blow up a Detroit-bound airliner, showing the group based in an impoverished and unstable corner of the Middle East had global reach.

“Information suggests that al-Qaida remains interested in maritime attacks in the Bab al-Mandeb Strait, Red Sea and the Gulf of Aden along the coast of Yemen,” said an advisory from the U.S. Department of Transportation, which was posted on the U.S. Office of Naval Intelligence Web site.

The warning said such attacks could be similar to the 2000 strike against the Navy destroyer USS Cole in Yemen’s Aden harbor that killed 17 American sailors. The attackers used a small boat laden with explosives to blow a hole in the side of the ship.

“Other more sophisticated methods of attack could include missiles or projectiles,” said the advisory, which was dated March 10.

In particular, ships are at greatest risk while in or near ports or at anchor, it said.

The statement advised vessels in the waterway leading to and from the Suez Canal to maintain 24-hour visual and radar watches and regularly report their position, course and speed to maritime authorities. 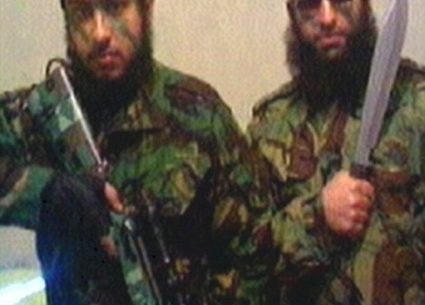 The U.S. is warning of possible al-Qaida attacks against ships off the coast of…