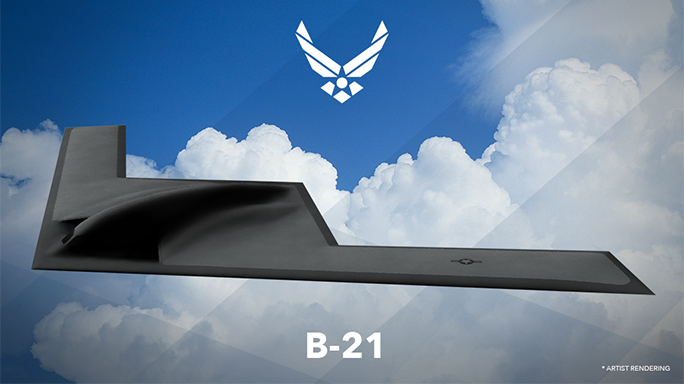 The following is a release from Mike Martin, Secretary of the Air Force Public Affairs:

Air Force Secretary Deborah Lee James revealed the first rendering of the Long Range Strike Bomber, designated the B-21, at the Air Force Association’s Air Warfare Symposium Feb. 26 in Orlando, Fla., and announced the Air Force will be taking suggestions from Airmen to help decide the name of the bomber.

“This aircraft represents the future for our Airmen, and (their) voice is important to this process,” James said. “The Airman who submits the selected name will help me announce it at the (Air Force Association) conference this fall.”

While there are no existing prototypes of the aircraft, the artist rendering is based on the initial design concept. The designation B-21 recognizes the LRS-B as the first bomber of the 21st century.

The reveal comes just weeks after both James and Air Force Chief of Staff Gen. Mark A. Welsh III delivered the fiscal year 2017 posture statement before the Senate Appropriations Committee, making it clear modernization is a top priority for the Air Force.

“The platforms and systems that made us great over the last 50 years will not make us great over the next 50,” Welsh said during his testimony on Capitol Hill Feb. 10. “There are many other systems we need to either upgrade or recapitalize to ensure viability against current and emerging threats … the only way to do that is to divest old capability to build the new.”

James said the B-21 will allow the Air Force to operate in tomorrow’s high end threat environment, and give the Air Force the flexibility and the capability to launch from the continental United States and deliver airstrikes on any location in the world.

James also explained why the B-21 shares some resemblance to the B-2.

“The B-21 has been designed from the beginning based on a set of requirements that allows the use of existing and mature technology,” James said.

The program recently entered into the Engineering and Manufacturing Development phase and the Air Force plans to field the initial capability of the aircraft in mid-2020s.

Airmen — Active, Guard, Reserve and civilian — should stay tuned to AF.mil and Air Force social media accounts for more information on how to submit their ideas. 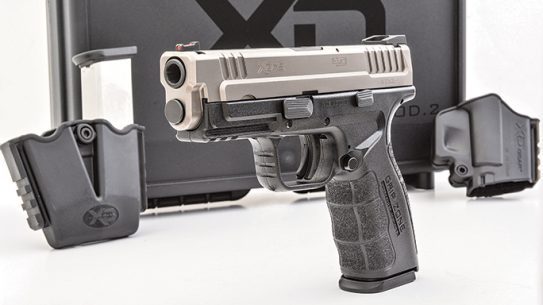