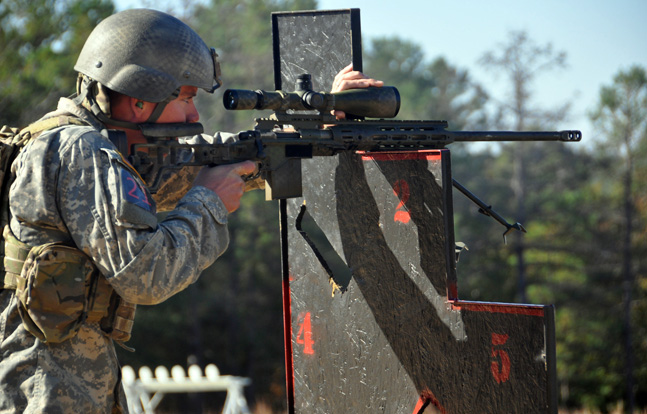 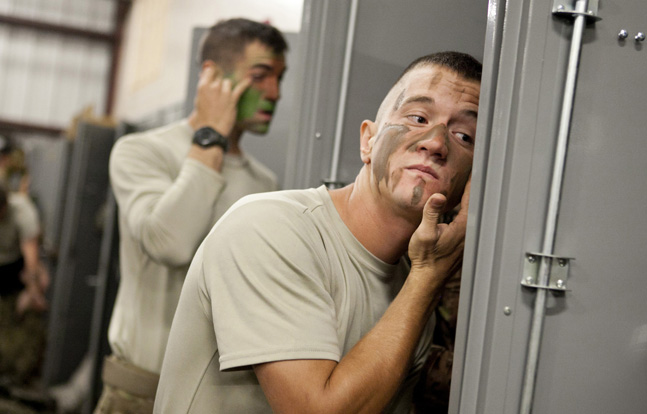 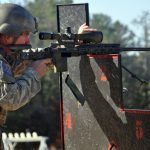 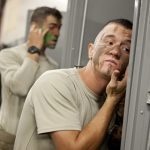 After walking 28 miles in freezing temperatures over two-and-a-half days carrying all of their gear, Staff Sgt. Daniel Horner and Sgt. Tyler Payne from the U.S. Army Marksmanship Unit (USAMU) came out on top at the 4th Annual Mammoth Sniper Challenge held at Rockcastle Shooting Center in Park City, Kentucky.

“(Soldiers) in the USAMU are winners and won’t let anything stand in the way of that,” Horner said. “(In extreme weather like this), the main issues are keeping your optics clear and your hands warm enough to operate your equipment.”

The tough man division rules state that teams must walk the entire match, covering distances of 1.5-3.5 miles between the eight firing stages within a pre-determined amount of time while carrying all of their equipment. The biggest difference between tough man and extreme tough man was that tough man participants returned to their hotel at the conclusion of the day’s events, but extreme division competitors were not permitted to return until the end of the match, having to stay outside in tents for two nights in single digit temperatures.

“We had to carry all of the food and water we had for three days. All of the ammo–roughly 300 rounds–spotting scopes, our weapon, everything,” Pace said. “That was tough. There were a lot of hills to climb. Bad memories of Ranger School during the winter came back.”

The stages were designed to be very difficult: most targets were .5 to 2.5 minutes of angle in size at distances from 100 to 1,100 yards, Pace said. Some of the stages had them shooting from inside of vehicles, on swinging bridges, behind barrels and from ropes.

“The shots at Mammoth are very difficult due to the size and the fact that you are almost never prone,” Horner said. “Also, since you have to carry everything for 28 miles, trying to figure out how much food and what equipment you need is very critical. Bringing too much gear exhausts you, but not having a tool might leave you unable to complete a task.”

As members of the Action Shooting team, Horner and Payne compete primarily in Multi-Gun matches across the country if they aren’t conducting close quarters marksmanship training courses for Soldiers across the force. Those matches consist of employing rifles, pistols and shotguns at distances no longer than 300 yards, making a sniper match a unique scenario for the pair.

Horner said they trained for the match by practicing barricades and alternate positions, as well as intense conditioning -running with heavy loads – to ensure the competition scenarios were second nature during the stress of the event. Though pitted against each other during their full-time jobs, the USAMU duo has a cohesion and familiarity with each other that has been nearly impossible to stop in recent sniper competitions.

“We work together all the time and can communicate very well and very quickly,” Horner said. “We practice the basics and just use simple solutions to succeed at all the simple tasks that make up a complex problem. If we think first and have all of our equipment squared away we can get through whatever task we are faced with quickly and efficiently.” 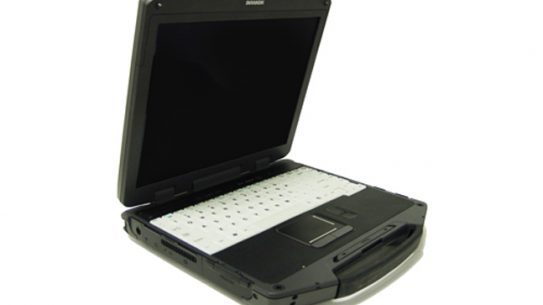 The GammaTech Computer Corp. has announced the addition of its latest fully rugged notebook...