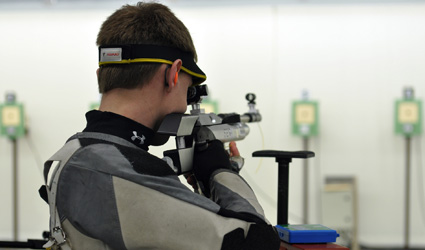 Hosting the championship fosters junior participation in prestigious state and national rifle competitions, promotes firearms safety, and connects the youngsters with the expertise and professionalism of the USAMU.

“It’s appropriate for the unit to host this type of event because like the traits that make a good shooter– discipline, focus, and commitment-these are the same traits that make a good Soldier and translate directly to success in life,” said Sgt. 1st Class Jason Parker, a four-time Olympian. “We want these kids to take something positive away from this match and continue building for success later in life, whether if it’s in shooting or anything else that they choose to do.”

USAMU Soldiers teach, coach, and mentor junior shooters on a weekly basis through the Fort Benning Junior Rifle Club, clinics around the country and at matches such as these. Hosting this match is an ideal fit for the unit’s Olympic, world and national champions. 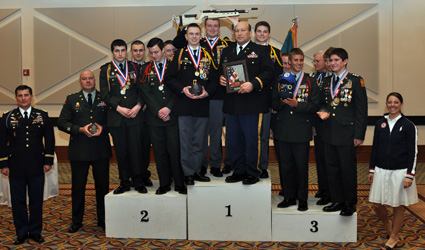 “These kids come here looking for a quality-run competition, which I hope we provided for them, and they are looking for a good time as well so if we can share some of the marksmanship tips we have learned over the years, pass them off to the kids, then we succeeded,” Parker said. “Hopefully they came here and learned something and had some fun.”

Teams and individuals competed in two classes-sporter and precision-after winning their state and regional championship between Oct.-Dec. 2012. Sporter Air Rifle is designed for new competitors or those who desire to compete with a minimum of equipment and expense. Precision Air Rifle is modeled after Olympic-style shooting and allows the use of specialized target rifles and equipment.

More than 870 shooters from 22 states competed in the state postal matches, earning 342 medals throughout the process. The top ten teams nationwide in each class as well as top ten individuals shot their way to the national match.

The event began with a clinic conducted by members of the USAMU’s International Rifle team, some of the best shooters in the world. There were two days of intense competition which included the new finals format instituted by the International Shooting Sports Federation, a dynamic change to the sport of shooting.

“This was a lot of fun,” said Austin Cock, 18, from Sherwood, Ore. “I came here for one of the USAMU’s summer camps in 2010 and learned a lot then and still use those things today. 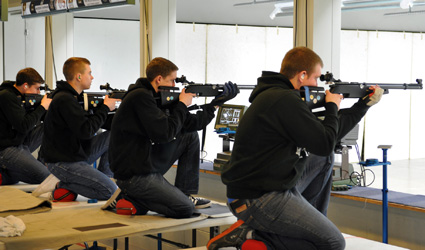 “I thought this would be a good match to shoot to learn the new finals, test my skills against some of the best and gear up for the Junior Olympics.”

The National Rifle Association sponsored a formal awards banquet in downtown Columbus for the competitors. 2012 Olympic gold medalist Jamie Gray, the wife of a USAMU Soldier, was the guest speaker, inspiring the youngsters with her story of perseverance throughout a decorated shooting career.

“We really enjoyed not only hosting the event but watching these kids compete,” said Lt. Col. Don King Jr., USAMU commander. “In our eyes we are looking at future national champions, and Jamie Gray is sitting here looking at who she is going to have to try and beat to make Olympics in years to come. But no matter what they do in their lives, this is providing them with a solid foundation because everywhere that I go, shooters are smart, dedicated, and ambitious and have a drive to win and that is going to lead to success in life.” 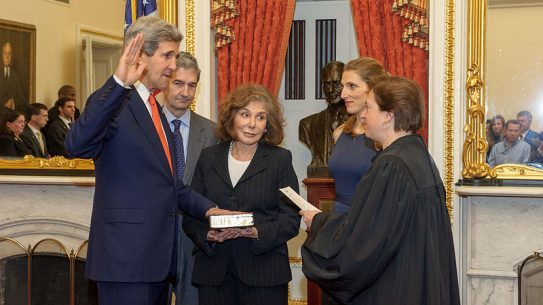 The U.S. Army Marksmanship Unit continued its full-fledging support of America's youth when it…