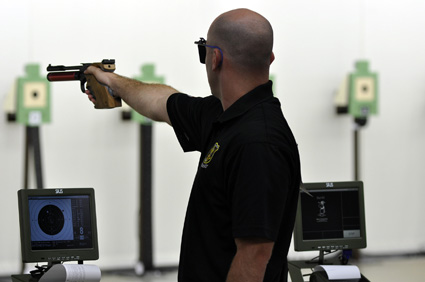 Sgt. John Joss was named to the national team, while Staff Sgt. Shaun Tichenor and Sgt. Eric Trueblood were both named to the developmental team.

“It feels great to make the team,” Joss said. “It has taken a lot of hard work in a rather short amount of time and a lot of rounds downrange.

All three Soldiers are members of the USAMU’s Paralympic section, part of the unit’s wounded warrior expansion announced by the Army last
fall. The expansion allows Soldiers wounded in combat to represent the Army in international competition, telling their story of strength and resiliency
while they continue to serve their nation.

Joss is a rifle shooter and the second member assigned to the section after Sgt. 1st Class Josh Olson, who made history last year when he
became the first active-duty Soldier to ever compete in a Paralympic Games.

After arriving at Fort Benning last summer, Joss wasted little time before getting acclimated to his new sport and climbing the ranks in the shooting
community.

“When I first got here the Olympics and Paralympics were going on so everyone was in to that but Sgt. Matt Rawlings really took me under his
wing,” Joss said. “He’s a great shooter but an even better coach, so he really helped me to get going.

“Now that I made the national team I want to win a gold medal at a World Cup, make the Pan-American Games, and continue to get better so I can get to
the higher-level matches.”

Both Tichenor and Trueblood were assigned to the unit last December after the expansion was approved. Competing in Paralympic-style pistol for the
first time in their lives has been rewarding and a challenge at the same time.

“Shooting is not like football or baseball where you just go out and compete,” Tichenor said. “Shooting is a more mental than physical game, so
I am learning how to switch my mind-set and that has been the biggest challenge so far. But I have shot in three matches now and each time there
has been an improvement so I am headed in the right direction.”

The Soldiers said they relish the chance to share their accomplishments with others who have an appreciation of the long road back each of them has taken
after sustaining life-altering injuries. More slots are waiting to be filled in the Paralympic unit whose Soldiers continue to make history as it forms,
competes and expands.

“When I was at Walter Reed rehabilitating and someone from the (USAMU) came and talked to us about the Paralympic section I thought it sounded good and
was trying to get here ever since that day,” said Tichenor. “Once we get more people, I think we will become even more visible.”

The USAMU is part of the Army Accessions Support Brigade, Army Marketing and Research Group. Brigade commander Col. Mark A. Rado congratulated the
Soldiers on their selection.

“We are very proud of these Soldiers,” Rado said. “Their accomplishment is symbolic of why the Army supported the expansion of the USAMU to include our
Wounded Warriors. This is an example of ability over disability as these Soldiers continue to serve the Army and their nation.” 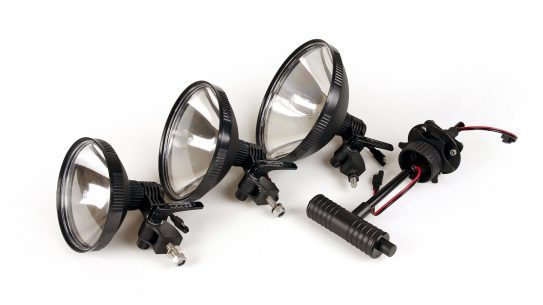 Members of the U.S. Army Marksmanship Unit have been named to USA Shooting's Paralympic…