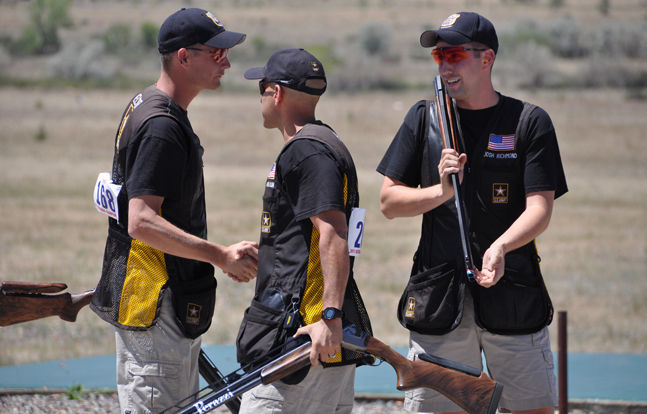 “Having the strongest four double trap shooters in the country at the same location, being able to train and share ideas, allows us to dominate on the world level,” said Richmond. “Every day I walk out on the line I am training and competing against world-class athletes. We also learn each other’s style, so when we are in competitions we are able to help fine tune each game to get us on the podiums.”

At the competition, shooting scores from the fall selection match held last October were combined with the spring scores to determine qualification for the ISSF Championships, which will be held in Granada, Spain. Eller, the current World Champion and four-time Olympian, held on to his points lead after the fall to come out on top. The Katy, Texas native shot a 146 (out of 150) on day one of the match and followed that with a finals victory to solidify his top three standing and secure a shot at defending his gold medal from a year ago.

Coming in second was Holguin. The Fullerton, Calif. native came in second both days of shooting and finished second overall with his combined score. Holguin’s best showing at a world championship was the silver medal he won in 2009 and said every year the goal is a gold medal at the worlds, despite the pressure that comes with a match of that caliber.

“I have to be on top of my game physically and mentally at the World Championships to reach (my) goal,” Holguin said. “Over the years I have taught myself to invite pressure and enjoy the feeling of butterflies in the stomach because it means that something good is about to happen.”

He and Eller will be joined by Richmond. The Hillsgrove, Pa. native won the match and placed third overall in combined scores to earn a berth on the team. Richmond won the world championship in 2010 and is looking to supplant his teammate Eller as the new world champion.

“Most may look at it as a strange relationship, but having my biggest competition also be my best friend allows us both to be stronger,” Richmond said. “It is an individual competition; however, when we are overseas we are wearing the red, white and blue, as well as representing our brothers and sisters in arms in the Army.

“We want nothing more than to see each other succeed.” 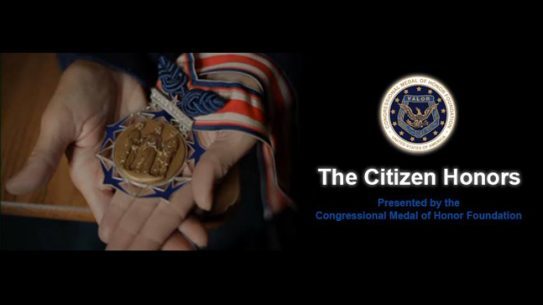